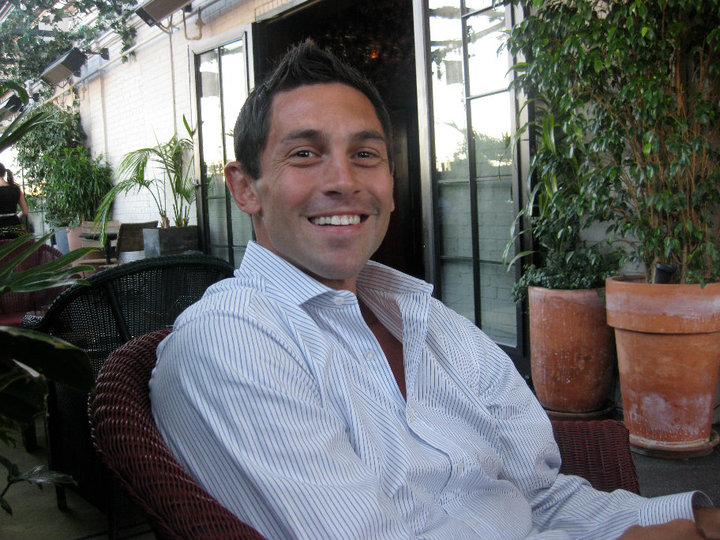 This is the seventh in a series on Stylish Entrepreneurs (sponsored by Gillette!).

Wiley Cerilli is what your mom might call “a catch.” The 31-year old native Rhode Islander was one of New York City’s earliest technology entrepreneurs. After spending 10-years leading NYC’s online delivery service SeamlessWeb, he launched SinglePlatform in January 2010, to ease restaurants into the next course of internet marketing and social media. Restaurants provide SinglePlatform with their information like menus, photos, events and specials through an easy-to-use portal and SinglePlatform updates it across their hundreds of publishing partners including hotels, city guides, restaurant review sites and application developers.

SinglePlatform has continually been named one of New York City’s most promising startups. The platform is now in over 100 markets across the U.S. and is the largest database of digital menus in the world. So how does Cerilli maintain a work life balance?

“I am an extremely passionate person, and when you have such a passion or life, you don’t want to go through it without loving what you do, and feeling great along the way. Life is too short to not take advantage of all the things you can do. You just have to be very dedicated to what you are passionate about. When I was 16 I lost my father to cancer, and on top of that i cracked L1 and L2 in my back and couldn’t walk/run for a while.

Two years later I was able to play my first running sport. Oftentimes when you have these kinds of things taken away from you, you appreciate life and what it has to offer. So I am very active, family and friends are incredibly important to me, and I make sure I tell them how much I care and love for them constantly. I also try and help others who are going through similar things. I am most looking forward to going back to a camp I volunteer at called Camp Manitou, which is a 8 days sleep away camp for boys 10-14 who have lost a parent,” says Cerilli.

Cerilli is tall and is noticeably good physique. We ask him, what’s your personal health regiment? Head to the gym daily? Weights? Yoga?

WC: I’m a very healthy and active person. I workout a lot, and I eat healthy food. I usually work out 5-6 days per week. I played a lot of sports in high school and college. In my hay day I was 6th in the nation in wrestling, was all-state in 3 sports, and I also ran the Paris Marathon. It also helps to have a healthy partner. This week my fiance and I are doing the Blue Print Cleanse, and we have started to play tennis at 8am on Sundays, which means we can’t be out late the night before. TNW: How would you describe your personal style?

WC: I’m trying hard to coin the style “business shabby”….. it’s not working, but I’m trying. It’s the combo of jeans, flips flops, t-shirts/dress shirts, and sweatshirts on top during the winter. I rock flip flops for 9 out of 12 months a year. I feel my best in jeans, flips flops and a dress shirt, but there is nothing better than switching gears to a nice suit.

I have a host of college t-shirts, probably around 20 and growing from Marquette to Texas. I dropped out of NYU when I was 19 to join my first startup and never went back, so I feel like I can wear any college t-shirt.

I have two tattoos – one huge one across my back. It says “IMAGINE”. Inspired by John lennon’s song, and my dad, I believe that if you can imagine something, you can achieve it.

Like Pete Drucker’s quote, “The best way to predict the future, is to create it.” I have that quote at the bottom of my email signature.

WC: I wet on a one-man bike trip from Arizona to Florida and up to Maine to raise money for American Association for Cancer research and Reading Is Fundamental. The concept was that you donate a certain amount of money per state I can bike through within 31 days. I biked through 31 states, and raised over $20,000, met Lance Armstrong, and…. my bike was stolen along the way. I found the bike 2 years later on the street and tried to buy it from a bike messenger. He said it was his. I filed a suit against him to get my bike back, and we went on People’s Court (not kidding) and I won the case. HOWEVER…… the police by mistake auctioned off my bike and I couldn’t get it. People’s Court invited back on the show to promote a new fundraiser–a 52 mile beach run around Nantucket–and they presented me with my bike as a surprise on live television. I have it all on video to prove it. TNW: One last thing, please, fill us in on your engagement!

WC: I asked my incredibly amazing fiance Allison Mahoney to marry me on the white sand beaches of Aruba. We had a white cloth table setup with torches lit around it to eat dinner and watch the sunset. We are getting married in 3 months and 8 day… yes, I am that excited.

Read next: Google reportedly to be served with subpoena in US antitrust probe