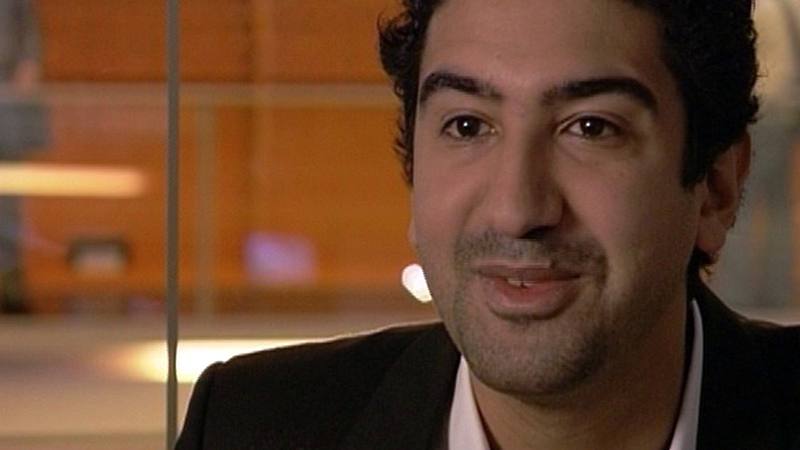 Speaking at The Inspire Conference today was Tariq Krim, founder of Jolicloud, a personal cloud computing portal. He is also the founder of Netvibes, a personal dashboard for users to monitor their favorite blogs and social networks.

The serial entrepreneur and angel investor has been recognized by MIT Technology Review as one of the world’s “Top Innovators Under 35” (2008), and by the World Economic Forum as a Young Global Leader. More recently, Krim was honored by the President of France as Chevalier des Arts et des Lettres. As a former journalist for La Tribune, Tariq has been a keen observer of the Web since its genesis.

Today, Krim spoke about how Web and mobile platforms are redefining our experiences of the world.

Krim struck me as an incredibly positive person from the start. He made reference to his blog, entitled ‘Earth is a beta test‘, stating that he thinks everything can be improved. And he asked: “How can you enable people to live a better life?” There is so much data and not nearly enough control.

Krim was also in the mood to wax lyrical about Apple. In reference to hardware design, Krim noted that Apple is the only company striving to do anything unique, which is why the interface itself is so important. Its the chips and the operating systems that define the price of a computer. Products are cheap to make – but much of the cost is in marketing: getting the message out.

But it was one of his passing points that most intrigued me. Krim is French, and naturally is in tune with all that’s happening in the French tech scene. He discussed what sounds like a clash of cultures between the ‘old’ way of doing things and innovation. “In France, the past is sacred and precious. So anything new in France is often met with a wall.”

And it was on this note that I picked things up with Krim following his speech at The Inspire Conference.

The Next Web (TNW): Hi Tariq, you wrote on your blog a month or so ago that you had turned down an invite from President Sarkozy for the installation of the new Conseil National du Numérique (CNN). You stated that you were unhappy about the lack of support of the government towards entrepreneurs, on the back of changes to the tax set-up around young innovative companies. Would you care to expand on this?

Tariq: The problem in France is that there’s a certain type of company that they don’t really care about. Actually, it’s not so much that they don’t care it’s that they don’t understand the role that these young startups play in the economy. Startups such as Jolicloud did have an 8-year period where they enjoyed certain tax breaks. Now the Government has changed the rules, meaning that small companies that have had a budget in mind to move forward with, are having to rethink. For me it’s had an impact, meaning that I will have to hire one less person this year than I’d hoped.

TNW: Does this tie in with what you said during your talk about France not embracing ‘new’?

Tariq: I think it’s more than that. I don’t believe anybody in the Executive position in the Government really believes that tech companies are going to save France. They believe that it’s better to help bigger companies.

TNW: So if they understood what impact these smaller tech companies could have in the economy, then they might not have cut the tax breaks?

Tariq: Of course. They don’t want to do harm though, I think it’s more like a…disinterest. In general, the French Government sees the Internet as a threat. Once there was an incident, where some guy told the President that he didn’t want to shake his hand. The President called him an asshole, and this was caught on video. The mainstream press didn’t want to run with the story, but because it was put on Vimeo and was widespread, so the press had to run it. If they didn’t, they’d look like North Korea.

TNW: What’s the core problem for innovation in France?

Tariq: You have 4 types of companies (in tech): telecommunication operators, who are trying to spend less money whilst dealing with the challenge of increasing demand for bandwidth. Second, there is the media industry (e.g. music, online content) and they all want to protect their content – ‘don’t download’, don’t do this, don’t do that.  Then there are e-commerce websites, which are great, but they are more connected to the real world – they are concerned with paying tax, distribution etc. It’s a well understood model, it just happens online. And then there are innovators which are another thing altogether – coders, developers, social networks etc. The problem for me, is that this last group isn’t being represented.

TNW: When you’re talking about the Internet, that’s quite a big hole, isn’t it?

Tariq: Absolutely. As an entrepreneur, I believe that we need more flexibility and more support. But there are other problems going on as I’ve pointed out – in telecoms, e-commerce, in the media. And we have our own problem: how can you give us the ability to grow our business in Europe? The problem is, after a certain size…what do we do?

TNW: What sort of companies do you think France should be producing?

Tariq: Everyone keeps asking me, ‘How can we produce a Google in France’? I say, we shouldn’t be thinking about companies like Google, we should be thinking in terms of Spotify – billion dollar valuation, hundreds of employees and a leader in its space worldwide – but it’s a medium-sized company. That’s where France should be heading.

TNW: Thanks for your time Tariq, it’s been great speaking with you!

Read next: Eventbrite announces its new iPad app that will revolutionize ticket sales