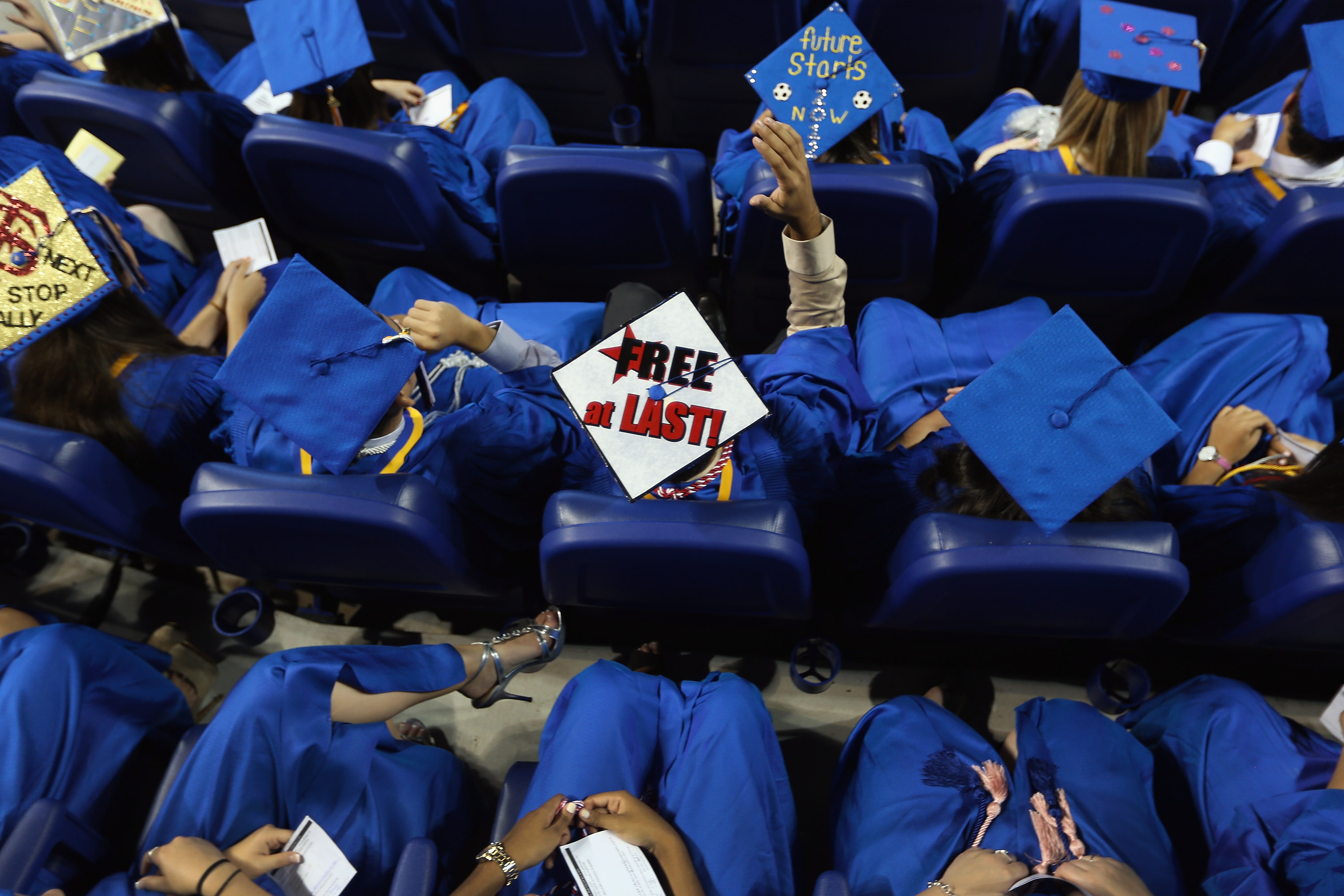 You’re 17, 18 or maybe 19 years old. You’ve graduated high school and it’s time to make the decision about which university you’d like to attend. Choice made, you sign up for classes and start going to a school to which you pay an extraordinary amount of money to essentially teach yourself everything that you couldn’t understand in the lecture hall.

Then one day, the question comes to mind — “Should I just drop out?” It’s the same question that many have asked for years before you and many will continue to ask long after you’re gone. Sadly, there’s no true answer in one direction or another, but at least the waters are becoming a bit more clear…or at least that’s the intention, as noble as it might be.

The average public university (in the US) is going to set you back nearly $80,000 for a 4-year program. Going to private school? Up that cost to in excess of $150,000 depending on the school of choice. At the end of that time, you have a bellybutton. Oh sure, you might have a piece of paper that says you have a Bachelor of Science or Art degree but what you actually have is something that has become so ubiquitous that it’s really not worth much more than the lint inside your own navel.

So what can you do to stand out? The obvious choice is that you can pay for more education. Get a Master’s degree, right? How about a Doctorate? Get whatever degree you want, then walk out with your cap and gown and try to find a job. Suddenly the world becomes a lot more real.

In the circle of entrepreneurs, we see stories all of the time about people who have dropped out of school. Those stories of the Bill Gates and Steve Jobs are inspirational and they are indeed that — stories. Nobody tells the story about struggles or eating ramen for a month straight while you code until your fingers bleed. Why not? Because those aren’t fun to read and they’re even less fun to live. Everybody wants that big idea that will instantly make them successful but a frighteningly small percentage of us ever have that happen.

The question of education versus experience isn’t always as simple to answer as many would have you believe. Sure, you might be a brilliant generator of flawless code, but does that matter if you’re 18 years old, irresponsible and unwilling to deal with things that you might not find important?

This is the value that is never talked about in school pitches. They’ll tell you about their academic programs, the benefits of the campus and anything you want to know about Fraternity pledge week. What they won’t tell you (likely because many schools fail to understand their own real value) is that you’ll learn much more than what comes from a book.

In 1999, I went back to university after having returned from the military. Aiming for a degree in Information Systems, I had to take a class in “practical” math. In other words, I had to solve the salesman problem and figure out how to draw straight lines. At the time I considered the class to be an absolute waste of my time and money, but I plugged away at it regardless, finding its true value only a few years ago. In reality, the things that I learned in the class I couldn’t tell you about today if my very life depended upon it. But in having the patience and discipline to finish the task at hand, I learned a very important lesson.

The same holds true for the classes that I took when I thought that I might want to be an English professor. I read books that I didn’t care about. I learned grammatical rules that nobody should ever have the need to quote. I studied prose from dead people and crap from others who were very much alive. At the end of it all, I hadn’t learned a darned thing about English.

What I did find were ways to digest more information faster. I learned how to read the important words while skipping the fluff. I should have an honorary doctorate in speed reading, if such a thing were to exist. Again, in years of classes and thousands of dollars, I didn’t learn a thing that they were hoping to teach me, but what I did learn were the things that keep me gainfully employed today.

So what about you? The answer as to whether you should stay or go is probably easier to find than what you’re thinking. Here’s a question for you:

Are you mature, responsible and ready to take on anything that gets thrown at you? If you answered this as a yes, then you’re likely not. Stay in school. In a few years, you’ll realize how unprepared you really were.

The end result of this debate is that there are some people who absolutely need that formal education, even if what they learn isn’t anything from a textbook. There are some who don’t need that structure or lifestyle, but many of us do. So break out the checkbook and fill out another grant application. You’ve probably got some work to do.

Schools today are starting to “get it” a bit more. Some, such as Babson College in Boston, offer degrees in Entrepreneurship. As comical as that might seem, it’s a program full of fundamentals that you’d likely not learn anywhere else, outside of a degree in Business Management. But rather than getting into the deeper workings of business, it’s a high-level overview that should be sufficient for a budding entrepreneur.

Better still? You’re being given the chance to learn your lessons without screwing up anyone else’s business. The first startup in which I was involved? Tanked. Millions of dollars missing due to a shady mismanagement of funds. Was any of this my fault? Not likely. But if the person who was in charge of the cash had taken the time to grow up before growing out, maybe it never would have happened.

So find out for yourself if staying in school is the right idea. If you think it’s not, think again and ask some friends. It probably is. If you’re pretty sure that you could use some more time in higher education, try launching a product first. You might be pleasantly surprised.

Read next: No fear of the bubble: More Chinese Internet firms rush for US IPO