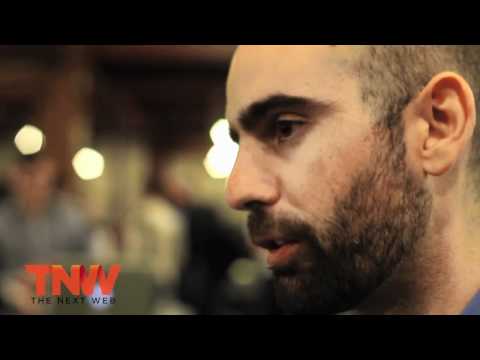 Today we announce that Twitter Counter has acquired UseQwitter.com in a so-called micro-acquisition. With UseQwitter you can see who has unfollowed you on Twitter. We bought the service through Flippa.com in a public auction so there is no point in keeping the acquisition price secret. Besides that we did our best to make the price look good.

As a statistics company we are very focused on numbers so when we found out Qwitter was for sale I immediately made a nice offer. Nice, because my numbers looked nice. My first bid was for $6,656. My second bid looked even better ($8,888) until someone else bid higher and I topped my previous bid at $9,876. We ended up winning the auction at $11,111.

I was disappointed when the final invoice came in at $11,111.00 and would have happily paid the extra 11 cents jut to get the number right.

The reason we bid on Qwitter is that we always liked the service and a lot of our customers requested similar functionality from Twitter Counter. We didn’t offer it and although we had a similar feature lingering on some to-do list somewhere, I just knew it would be a long time before we would get around to it. Qwitter also has 180,000 active users and another 2,000 new users every week. Something that is hard to catch up with when you are starting anew.

Sometimes you have to wonder how much time it would take to re-invent a service and calculate how long it would take to earn back the investment of buying something. At Twitter Counter we have the advantage of having a steady revenue stream with thousands of users paying a monthly fee for premium stats and featured spots. So we can pretty much calculate and predict how long it is going to take if we apply our conversion rates to the pageview numbers of competing services.

Another good reason to acquire Qwitter, and Twitaholic earlier, and maybe other services in the future, is Twitter. Although Twitter is enabling all this and giving us the tools and support we need to grow companies, we are also at her mercy. You never know when Twitter is going to introduce something overnight that will either make you redundant, or just obsolete. We have access to the API, but they can take it away. We offer detailed statistics, but nothing stops Twitter from doing the same.

As a Twitter service you are completely dependent on Twitter. We believe there is a big enough market for both Twitter and the rest of the world, but it does feel slightly better to have more to offer than just one service.

We will keep Qwitter running as a separate service for those who like it as it is but we will also make it easier for our current users to access Qwitter through Twitter Counter.

Techcrunch article:
“Remember Qwitter? They Were Just Acquired By TwitterCounter For $11,111“