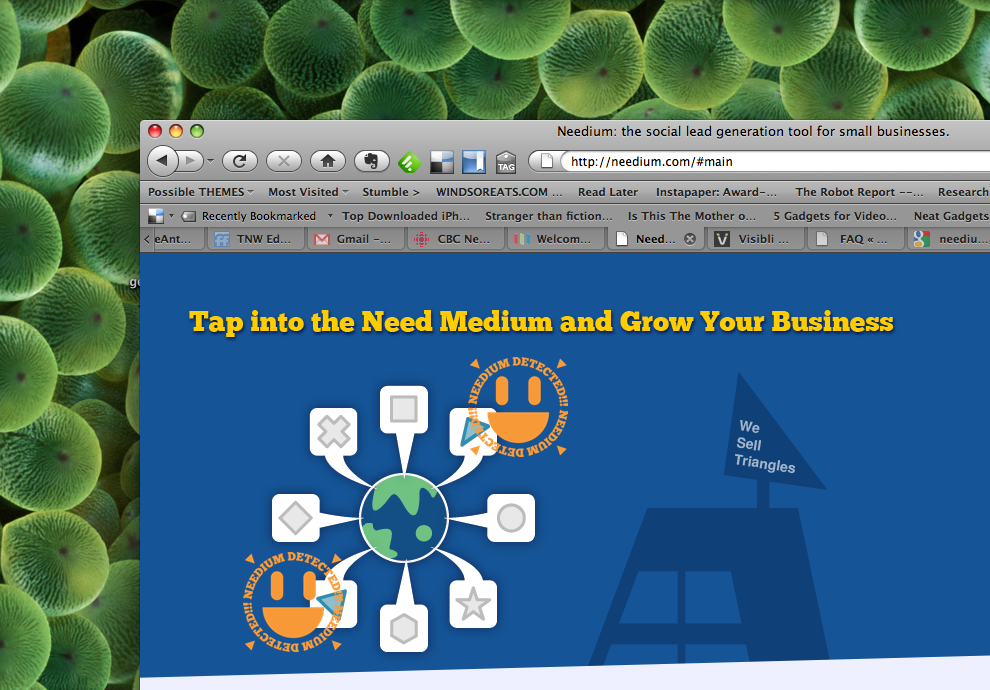 In 1999 I had just sold my first business to an American company. We were in our new offices when a friend emailed me a few very funny images with some naked ladies on them.

I laughed and showed them to the guy working next to me. He said ‘That’s funny. Why don’t you forward them to the others’. I assumed he meant the male geeks writing code who sat near us so I said ‘Sure, what are their email addresses?’ and he replied ‘just forward it to [email protected] and they will get it’. I didn’t think twice and forwarded the message.

Then the replies started coming in. [email protected] was set-up to forward to everybody. Not just the few geeks in the room I was sitting in but also to management, every secretary in the company, the finance department and, well, everybody.

I ended up having to walk around the offices and apologize to everybody, in person. I spent two days talking to people and apologizing. Very awkward.

A few weeks ago I received an email from one of the biggest mobile operators in The Netherlands. It contained their new rules and regulations for dealing with suppliers. Unfortunately they had accidentally put all their 800 suppliers in the CC instead of BCC field. I now have the email address for everybody who is selling stuff to this company. My first thought was ‘lets organize an event for all those suppliers and talk about how we can negotiate better terms’ and I’m sure a few of those suppliers emailed each other after receiving this message to do exactly that.

I really don’t understand why there is no protection in email applications to avoid these kinds of blunders. Okay, I’m really the only person to blame for my forwarding incident in 1999. But accidentally using the CC instead of the BCC field happens way too often. How hard would it be to build in a rule that says “You are about to email more than 5 people using the CC field. Everybody will be able to see each others email address. Do you want to use the BCC field instead?” Then when you click the ‘Okay’ button it switches your addresses from the CC field to the BCC field.

It would be nice if technology would focus a bit more on saving us time and preventing us from doing stupid stuff. All our focus is on making things easier to do but the downside of that is that it is also easier to do the wrong things.

There is an old joke that goes something like this:

“To err is human. To really screw up, you need a computer.”

It is a joke but what makes it funny is that we all recognize it as being totally true.

My father once spent 3 days writing an article. He saved it every 3 minutes just to make sure he wouldn’t lose changes. Then, at the end of it he screwed it all up: one evening really late he wanted to save the document one last time but pressed ‘command’ and ‘a’ instead of ‘command’ and ‘s’. He realized his mistake and then typed the ‘s’ instead. Then he panicked and pressed the correct ‘command s’. He looked at his screen and to his horror he now had an empty document with nothing but a saved ‘s’. He could have simply entered a ‘command z’ to undo his last action but in his panic he decided to close the document. 4 days of work down the drain.

Accidentally printing 99 copies of something, emailing everybody in the CC, accidentally texting the wrong thing and typing “Thank you for your quick erection” at the end of an email instead of ‘reaction’ (yeah, I’ve done that) are all things that computer should be able to protect us from.

I think one of the many reason why the iPad is so successful is because it is so hard to break. In a way it protects us from accidentally trashing the system folder or formatting the external hard drive with all your photos. You could argue that this also makes it a less powerful computer, but I think people are ready for less power and more comfort.

It should be easy to implement subtle warning systems, slightly saver computers and look at ways to prevent us from doing the stupid things we do. It would save the world a lot of embarrassment and headache.

Of course, we will always find new and interesting ways to embarrass ourselves even more. Trust me on that.