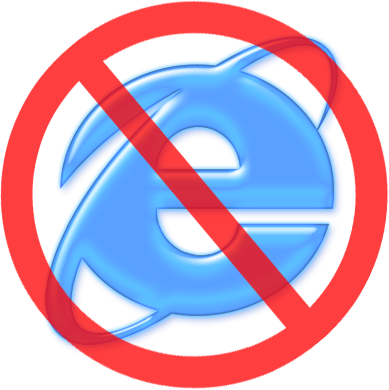 Many times in the world of tech, we forget that entrepreneurs exist in almost every field. When we cross the lines, sometimes we get to hear some interesting stories and gain some motivation for what it is that we do.

Meet Gino. Not only is he an entrepreneur and a good friend of mine, he’s one of the more inspiring people I know. He’s a DJ by the name Squake, running a production company and doing graphic design. Gino is one of those people who, no matter what happens to him, he just keeps kicking and in doing so, he continues to thrive.

Every year, there’s a conference in Miami for electronic music. Gino has gone to it for years. There are a number of events that are easily accessible, but then there are others that require you to be invited or to know someone. Gino showed up at one of the latter and was promptly turned away.

This is where things get interesting. Instead of just finding somewhere else to go, Gino was determined to end up inside of that venue. In case you’re not familiar, Miami Beach is posh, but it’s also somewhat rough. With tens of thousands of people flocking to the annual conference, security tends to not put up with bad behavior and things can get out of hand very quickly.

So what does Gino do? He takes a walk to come up with an idea. As he’s walking, he looks down in the street. Sitting there alongside the curb is a baby shoe. There’s nothing special about it, other than the fact that it’s a random baby shoe sitting on the road in downtown Miami Beach.

Gino has an idea. He picks up the shoe, clips it to his lanyard that he’s wearing and strides back to the venue. While his friends are urging him to turn around, Gino waves them off. He walks squarely up to the guy who just stopped him before, barely paying him any attention. As the bouncer starts to wave him off again, Gino raises his hand into the guy’s face, holds up his lanyard and says “No man. Baby shoe.” Then he keeps walking, right into the venue.

Maybe we’ll never know if the bouncer was so shocked by the audacity or if he was just confused, but that’s somewhat the point. The end result is that Gino was right where he wanted to be, once again.

It seems to me that we could learn a lot from Gino. Sometimes you have to have that audacity when it comes to what we do. At times, it pays to do something that’s just gutsy enough to be called crazy. While many would argue that to be the description of an entrepreneur’s entire life, there are certainly moments when we need to kick in the crazy just a little bit harder.

It isn’t just a matter of not taking no for an answer. That’s old, cliched and expected. It’s more a matter of walking into a room and overtaking it. It’s about having that air around you that people want to be a part of. Being an entrepreneur is full of times when people are holding up a hand to turn you away. Sometimes the secret is to be just gutsy enough that they’ll never know what just happened.

Oh, and just in case you think I was making this up:

Read next: Netflix may get slapped with fees to broadcast in Canada