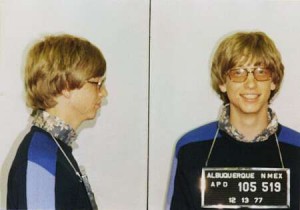 In the Internet industry most people know the difference between Firefox and Explorer. We also know what FTW stands for and what the difference is between ASP, PHP and RoR. Or at least we know that there is a difference.

If you meet an entrepreneur who has never heard of Digg, Google Apps or The Freemium Model you would be surprised. Right?

But that is just us; a small subset of digerati who have time to stay up-to-date on almost everything relating to our industry. The rest of the world? Ignorant to most of it, and that is just fine. The problem arrises when you are trying to think about what you customers could want. Chances are they don’t have a clue what you are talking about. A few examples:

1: my father recently told to me he didn’t know how to text someone back. He doesn’t have an old phone that doesn’t make sense but the iPhone. How hard could it be? Well, he opened up the “Messages” App and showed it to me. He gestured at the interface, slightly irritated, and said “Where is the damn reply button??”. I was stupefied. The iPhone interface is the most elegant and easy to understand interface out there. Still, it didn’t contain that one recognizable element that my father needed to make sense of it all: no reply button meant he didn’t know how to reply.

2: a few years ago I managed an online birthday calendar. The interface was really simple. It showed the calendar in month view with a big red button on top of it that said “Add a Birthday“. It was so big I figured people wouldn’t be able to miss it. Unfortunately they did. I got about 100 helpdesk messages a day and about 60 of those started with “I don’t know how to add a birthday“. At first I got really annoyed at those ignorant people who thought it was more convenient to just email someone than to think and look around for more than 2 seconds. But then I did some tests and found out that everybody assumed that they just had to click the calendar to add a birthday. If that didn’t work they assumed it was broken. My fault, not theirs.

3: at a reception recently a woman came up to me and told me her daughter is named ‘Loïs’ too. She said “I was hoping I would bump into you because I noticed you know how to put the umlaut on the ‘i’, Can you please tell me how to do that on the iPhone?”. I explained it to her and the next day in the office during lunch I told the story to my co-workers. I laughed and said “apparently some people still don’t know how to get to the special characters on the iPhone!”. Nobody laughed. Then someone said “Well, neither do I. How DO you do that?” and then someone else admitted not knowing and then it turned out nobody knew.

4: Patrick got a call from his father a while ago who wanted to find something on the web. Patrick told him the URL and his father didn’t seem to understand what he was talking about. So Patrick said “You know, the address of the website”. His father still didn’t seem to get it so Patrick said “the line of characters you enter in the location bar in your browser” after which his father replied “I don’t know about all that. I simply click the blue icon for Internet and then Google shows up and I type what I want  in Google and then I get it”. Apparently you can book tickets, check email and do all sorts of  stuff online without knowing that each website has a distinct address called a URL.

People are not really stupid, it is just that you know a lot more. Don’t let knowledge blind you.

Don’t Miss: The Internet doesn’t need your great idea. Also by the same author is this one: Forget the CEO, the Entrepreneur, the Lawyer and everyone else. Ask the mice.

Read next: Fartsquare: share that you farted, how smelly/loud/wet and where it was