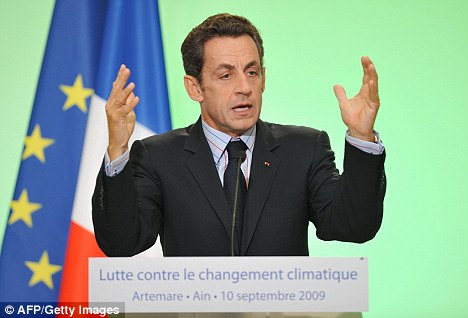 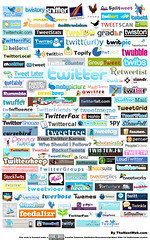 Google, eBay, Skype. All those companies were start-ups, once. They started out as mere ideas, evolved into projects and launched as start-ups. Oh, the thrill of sudden success and the pleasure of experiencing exponential growth. And a billion dollar valuation adds to the joy too.

Isn’t that what we all want? Well, here is a quick guide to launching your own start-up, in less than a week.

Because, really, that is all it takes.

A Simple Plan
The really successful internet companies aren’t complicated. Their basic ideas, the foundation of their success, their elevator pitch and Hollywood Pitch; simple and straightforward. You can explain what eBay does to your mother-in-law and everybody ‘gets’ Skype. The easier the plan the higher chances of success. Don’t bother writing a businessplan either. Nobody will read it and by the time you write the last page your idea will have changed anyway.

Viral Component
Any good start-up needs a viral component. In fact; if yours doesn’t have one, you might as well quit now and save yourself a lot of effort. A viral effect means that your service will spread itself rather than relying on advertising and promotion. A great example (one of the greatest?) is Hotmail. When they launched, every email that was sent out contained a line at the bottom linking back to Hotmail. That means that every new user, just by using the service, became an active promoter of Hotmail. Just adding a “share with your friends” button isn’t enough of course. The Viral Component should be an integral part of your service.

Network Effect
Now that you have your viral component you will need the Network Effect. A fax wouldn’t be useful at all if you were the only person in the world owning one. If you give one to a friend you can communicate and if 10 people own faxes you’ve got a useful network. In fact, the more people own a fax the more valuable your own fax becomes. How does the network effect apply to your start-up? Does it become more valuable to me if I persuade my friends to sign up too? It better because that is what it takes to make it big.

Developers, Developers, Developers!!!
Are you a developer yourself? Great! Don’t know PHP from ASP? Ehm, maybe you should find something else to do with your life. Is it really that bad? Yes it is. Wanting to start a technology start-up without knowing technology is about as stupid as having a great idea for a book but not knowing how to write. So unless you learn how to write code, get married to a developer or start your company together with a developer you have no business in this business. Think you can outsource your coding to India? Think again. Innovative technology means improvising on the spot, continuous tinkering and allnighters for you and your coders. And most of all, your project will NEVER be finished. Those factors make working with someone, no matter how talented, on the other side of world, impractical.

But wait, don’t actually launch it!
So you and your developers have taken your simple plan, worked night and day, revised on the fly and built a working model? You expect it to grow viral and it becomes more valuable for every user when they invite all their friends? So now you are ready to launch? Do it with a big bang, hire a PR person, write all the tech blogs and CNN while you are at it? Nah, that is NOT the way a successful start-up launches. What you do it show it to your friends and maybe a few family members. You don’t twist their arms but just casually show it. If they yank the keyboard from your hands and beg you to let them use it, then maybe, very maybe, you’ve got a chance at success. There is really no need to write a press release and do a formal launch. You can always do that when you reach a million users. If your product has all the above it will grow faster than you will be able to throw servers at it and people will scream your company name from their rooftops.

Conclusion
Launching a start-up is incredibly easy, in theory. All you need is a great team of developers, a simple plan, a refrigerator filled with soft drinks, a viral component and the network effect. Oh, and then you just put the whole thing live and email 20 friends about it. Success is almost guaranteed so what are you waiting for?

Make sure you check out these other posts about entrepreneurship before you get started:

– What is YOUR Hollywood Pitch?
– 10 Tips For Entrepreneurs And Start Ups Looking To Embrace Social Media
– The Internet Doesn’t Need Your ‘Great Idea’

Read next: Relive your childhood as the BBC opens Broom Cupboard archive