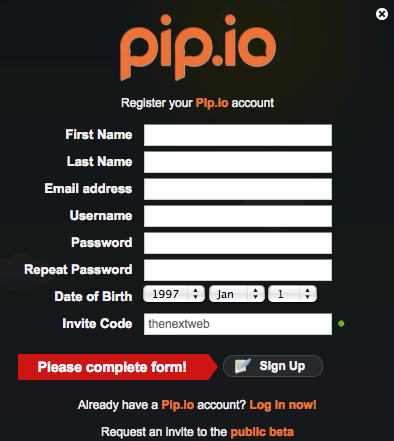 Early last week, TNW’s very own Boris Veldhuijzen van Zanten posted an article titled “Job 2.0 – The End of Profession.” The general idea: having a job isn’t the be all end all these days. People don’t have jobs anymore, or, if they do, they have a lot of other occupations alongside it and they consider them all their “job”. A plumber isn’t just someone who fits pipes, he or she is also a marketeer. A dentist can also be a photographer. We don’t stick to being one thing nowadays. It makes being at a party and trying to explain what you ‘do’, a complicated matter. Well, I think it’s nonsense.

First, let’s take a look at how we have supposedly got to this point. The article states that there are two reasons for this ‘multi-talentization’: “The first is the internet and the second is our increased proficiency in everything”. Many online tools give us an opportunity to do the things we used to go to school for, in some cases for quite some time as well. But today, anyone can make a film or a graphic design. Anyone can compose a song. Piece of cake. “The learning curve for a lot of skills has decreased immensely over the past years.”

But is this really work? Just a hobby? Just some activity?

Just because there are many applications which make it easy to do or create things, that doesn’t mean they are done well. Or that the results will be anything more than mediocre. And it doesn’t mean you can do it without learning anything. That’s not ‘increased proficiency’, but ‘increased availability’. The difference between a good photographer and an average photographer has nothing to do with a state-of-the-art camera, but is about having a good eye.

Let’s be honest, not everything can and has to be of top quality. But there’s still a difference between learning real skills, training and practice them on the one hand and doing things you like to do on the other hand. As a hobby. Let everyone do his or her job and by all means do other hobbies but they’re not your job. It gives me the creeps to think about my dentist, being distracted by a nice little bird on the window sill, just because he’s also an ornithologist. And heaven help me if I end up with a plastic surgeon who’s learned the trade by watching video’s on Youtube.

Read next: Operation: Never gonna give him up.