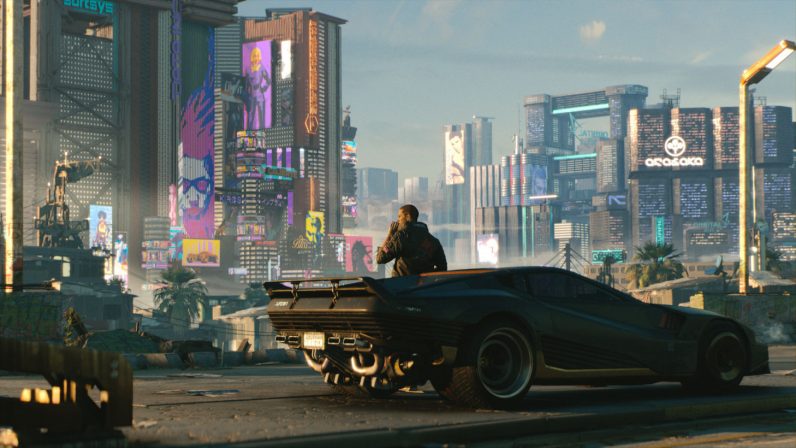 By the time you finish reading this article, you’ll be minutes closer to the 16 April launch of CD Projekt Red’s Cyberpunk 2077. But if you’re anything like me, you want it now and you might spontaneously combust if you have to wait that long.

As a public service, I’ve compiled a handful of games that may help tide you over for these next eight months. Keep in mind that based on what we’ve seen so far, and the fact that Keenu Reeves is in the game, there’s simply no satisfaction to be had in video games that came prior to Cyberpunk 2077.

Unless, of course, you haven’t played through CD Projekt Red’s previous masterpiece, The Witcher 3, in the last few months. In which case, by all means do that. But it’ll only slow the hunger; it won’t quench your thirst for radical cyberpunk action.

For that, we’re going to have to kick it old school. Cyberpunk 2077 is based on Mike Pondsmith’s epic Cyberpunk series of tabletop RPGs published by R Talsorian Games. These are the kind of RPGs you play with your pals around a table using dice and character sheets – or with people online using chat interfaces to approximate the tabletop experience. The most popular example of these games is Dungeons and Dragons, a venerable legend that’s had a resurgence in popularity thanks to a bump from Netflix’s “Stranger Things.”

But Cyberpunk isn’t about dungeons or dragons, it’s a kickass future-world where hackers do battle inside the machine and warriors bend the rules of physics through the use of techno-wizardry and cybernetics. The first edition of the game, which is a bit difficult to find these days, describes it:

The world of Cyberpunk is a violent, dangerous place, filled with people who’d love to rip your arm off and eat it. The traditional concepts of good and evil are replaced by the values of expedience–you do what you have to do to survive. If you can do some good along the way, great. But don’t count on it.

It’s set in the near-future dystopian world of 2010, which makes it an enticing collectible, but if you’re looking to start tossing dice I’d suggest grabbing a copy of Cyberpunk 2020, the game’s second edition. It begins with this description:

As a Cyberpunk, you grab technology by the throat and hang on. You’ve got interface plugs in your wrists, weapons in your arms, lasers in your eyes, biochip programs in your brain. You become the car you drive, the gun you shoot… With cyborged fingers you pick the computer locks; with enhances sense you see into the Future.

There’s also Cyberpunk version 3, and a newly launched Cyberpunk Red. I haven’t played either, but Red is on my wish list. You can check out 3 here and Red here.

Other titles to consider while you’re dipping your toes into the worlds of pen-and-paper RPGs and cyberpunk:

Okay, I may have misspoken earlier. If you’re a fan of tactical RPG video games such as X-Com, you might really enjoy Harebrained Schemes’ excellent Shadowrun games on PC. However, at the risk of sounding like one of those people, the books are better – if only because you have total control over the story in a tabletop RPG, whereas video games are limited by their engines.

The original Shadowrun RPG was released in 1989, but the most recent edition – its sixth – is available here on Amazon.

Palladium’s Megaverse system also has plenty of cyberpunk trappings, though it’s more like the Costco of game worlds: you can find just about anything you want, but there’s a lot of stuff you’ll have to pass by on the way there. If you’re into the idea of having a gigantic library of supplements at your disposal, check out Rifts, which has a few character classes that could easily slide into a cyberpunk-themed adventure. You can buy it here on Amazon for $30.99, or download a PDF from Drive Thru RPG for $19.99 here.

With a little imagination, you can also use Palladium’s Ninjas and Superspies as a springboard for a cyberpunk campaign. It features a healthy dose of cybernetics and gadgets. You can find it here on Drive Thru RPG.

There’s also Interface Zero 2.0: Full Metal Cyberpunk, another title I haven’t played – but it’s proven to be a fan favorite. And, considering it’s powered by the fantastic Savage Worlds gaming system, it’s definitely worth a look. It’s available here. There’s also a Pathfinder edition that could be fun to convert now that PF2 is out.

Finally, if you truly want to go old school, there’s always good old GURPS. Steve Jackson Games’ original universal role playing system not only stands the test of time, but the cyberpunk supplement is a classic beloved by countless gamers. You can find it right here for $7.99.