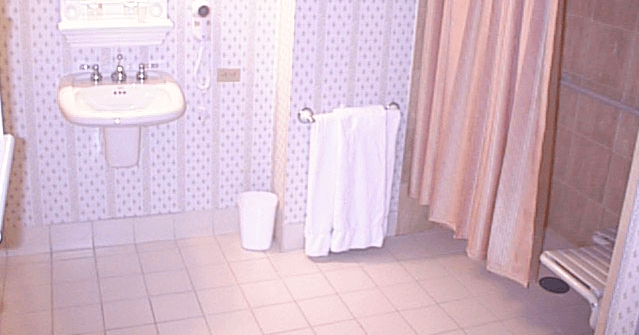 The other day, my colleague Googled my dad.

I can’t remember why, so don’t ask, but he sent me a 20-year-old photo of my dad sitting in an office that can only be described as Dunder Mifflin-esque.

I had never seen it before in my life. And no, I will not include the photo, you creeps.

It’s hard to describe how weird it is to have your coworker send you a never-seen-before photo of your parent, and even weirder when said parent in said photo looks like a baby in a suit. Seriously, it’s uncanny.

Anyway, this photo led my colleagues and I down a bit of a rabbit hole.

It turns out this photo was one in a collection, a small digital time capsule of bizarre office photos, mainly of sad looking office parties, all uploaded on either April 17th or May 7th of 1999.

You really should take a look at these:

Why is everyone so sad? Even the food looks depressed:

Anyway, we kept digging around. There were loads of photos — nay, portraits — of people with bad haircuts, sweater vests for miles, and 90s glasses with lenses so big you could land a helicopter on them. Almost every single person had a shocked look on their face like the photographer was taking a photo while also trying to rob them at gunpoint.

We dug deeper into this odd little office. Remember that saying “curiosity killed the cat”? Well curiosity spanked us right on the ass, because we eventually found something truly strange:

WOW, do we have questions.

Who is in the picture? Why did they take this photo? Could this be the oldest selfie in existence? Why is this bathroom so pink like a porny Wes Anderson film set? And what kind of moisturizer does this person use to make their elbows so tempting?

This was all too much. I had to ask pops about it. I emailed him the photo of himself, along with the strange one, and he replied with a resoundingly dad-like “LOL”:

That’s definitely a picture of me… with hair!

That would have been late 1998 or early 1999, in downtown Boston. You came to the offices a couple of times as a toddler.

The last picture … who knows!?  I am not sure whose picture pool this is.

You know the Internet …

The internet is old

I had forgotten how old the internet already is — in 1999, it had already been around for nine years. The reason these photos were so bizarre and funny to find is that they look so analog, and out of place online.

The person who had uploaded these photos likely had an incredibly different understanding of what the internet is than we do today. They could never have envisioned that 20 years later, a group of dicky editors would be sitting around making memes out of them just to avoid work.

It’s a bit like when one of your asshole friends comments on your earliest Facebook photo, pushing it to the top of everyone’s newsfeed, and subsequently ruining your life for the foreseeable future.

10 years ago, these photos seemed really really cool. Today? Not so much.

In this way, it’s incredibly interesting to think about how the very meaning of technology has changed. Facebook isn’t the same platform it was 10 years ago and we wouldn’t share the same type of stuff we did in the beginning. I doubt the anonymous uploader would have made this weird collection of office + naked bathroom pics either.

Social media’s earliest users are now hitting our early adulthood years. We’re already finding our first Facebook photos uncomfortable to look at… what about in another 20 years? Who will find them, and how will we look?

Read next: The free internet makes us the product — we need to stop it