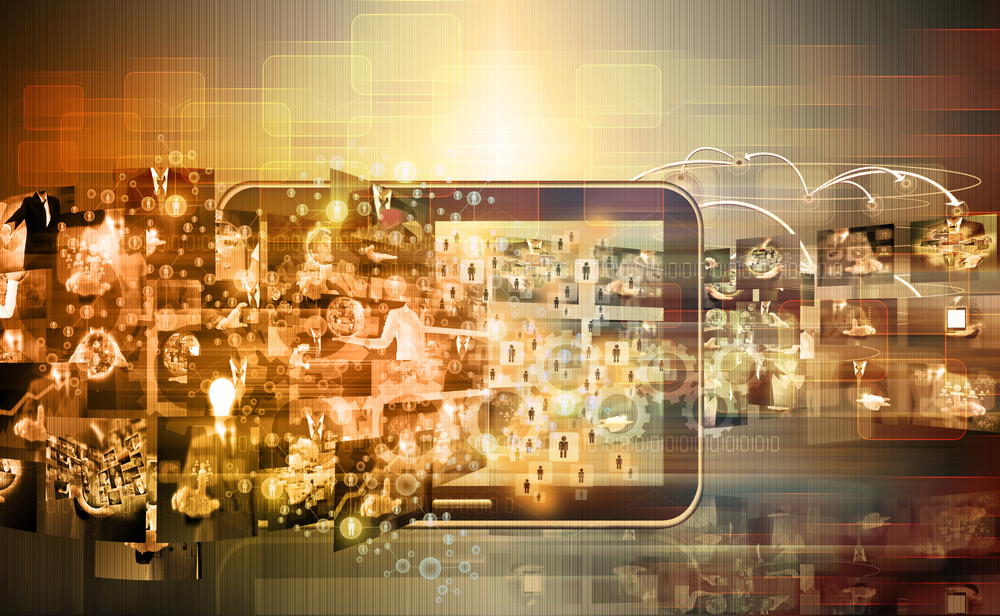 For those who don’t work in businesses directly connected to the world of digital, it may seem that far too much attention is being paid to a sector whose contribution to GDP in the G20 economies hovers around eight percent.

However, in actual terms, that contribution is sizable. In the UK, roughly one and a half million people are employed within the tech sector. And, according to the UK Treasury, the economic impact of the tech industry equates to $163 billion (£113).

We are regularly reminded of the Government’s belief in the importance of the digital economy by Ed Vaizey, UK’s Minister of State for Culture and the Digital Economy. In a recent interview for Telefónica’s Digital Futures series, he was quick to point out that, regardless of the figures, “It’s important to remember that the digital economy is now all-pervasive”.

What he means, most likely, is that the impact of digital goes far beyond improvements in technology products and Internet capabilities.

The digital revolution is changing the way we navigate our daily lives; how citizens interact with each other, with businesses and with governments. In short, its contribution extends to all corners of society and is about more than simply availability and commerce.

This is something that Telefónica’s upcoming Global Index on Digital Life (TIDL) aims to prove. When it launches in March, the index of 34 countries worldwide will reveal the importance of four economic factors in establishing a balanced digital life.

I’ve had first-hand experience of how highly-skilled, confident and entrepreneurial founders of digital startups are challenging paradigms in culture and society. Demonstrated daily in our digital accelerator, Wayra, these startups are those helping to increase our access to information, improve global connectivity and speed up the communication process.

This contribution to the digital economy is fundamental and relatively unshackled, as Emma Sinclair, founder of global software company Enterprise Jungle, agrees: “Businesses in the digital space are not restricted by geography, language or physical space. Startup founders run businesses that have the potential to be global from day one and are therefore in a position to grow and seize opportunities with fewer obstacles in their pathway.”

The ability of new digital founders to take risks and experiment with new solutions allows them to arrive at the next best innovation far more easily. The result is that citizens and communities are able to benefit by the latest idea faster than has been previously allowed. And, what is even more inspiring to see, is how this entrepreneurial attitude is enabling more of the world’s global economic issues to be addressed.

Take Strawberry Energy as an example – an ambitious smart city startup, whose clever ‘smart’ benches are powered by IoT tech. Currently reaching 400,000 users, this world-first application uses solar energy to connect people to WiFi and recharge devices as they rest their legs. This won’t simply alleviate the irritations of smartphone addicts the world over, but also make the planet greener in the process.

According to its founder Miloš Milisavljević, recently interviewed for The Trailblazers series, “Digital business can change the world for the better.”

So passionate about the impact of digital innovation, Miloš also cites another exciting trend emerging in the tech sector: “In particular, services from startups that fall within the sharing economy will have an impact on the economy in general.”

Vaizey agrees: “[Evolution in] the sharing economy is making it easier for people to access transportation or accommodation [for example]… all good things that challenge the status quo.” We only have to consider Uber and Airbnb to recognize that – the visions of which are challenging the private sector to work smarter, think bigger, be bolder.

Access to crucial funding and connectivity certainly contribute to an environment where startups are allowed to flourish, but it is also the attitudes of a generation that is worthy of acknowledgment.

But whether it be age, access or education due the credit, the opportunity is there for organizations of any kind to take lessons and inspiration from those early-stage businesses fueling the ever-expanding digital economy. Support for them is one thing, but it will be the universal understanding and adoption of their way of working that will truly move the dial.

While the speed at which digital has revolutionized lives globally is phenomenal, there is still much more to achieve – an exciting prospect, but one that requires a purpose rather than happy accident.

Read next: UK government wants to become a ‘smartphone state’