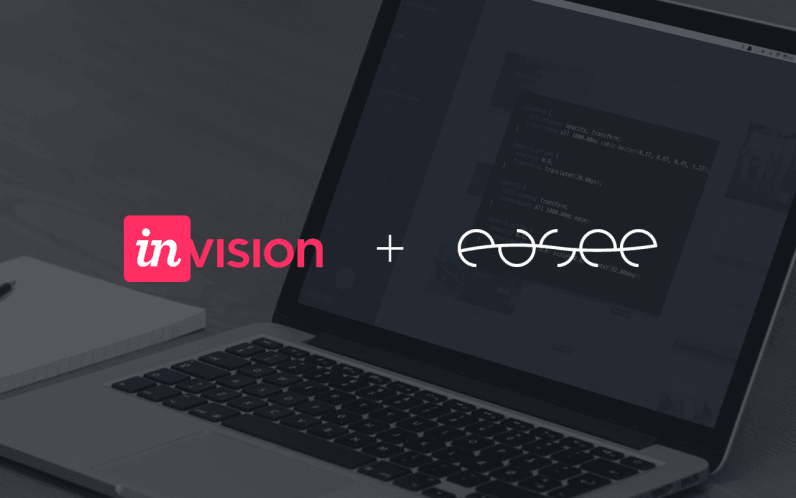 InVision, the company behind some of the best design tools and Sketch plugins around, have acquired Web animation tool Easee and hired its creator, Steven Fabre.

It’s a good old-fashioned acquihire; Fabre will join the InVision team, but will be working on “other projects.” Easee will also remain available for everyone to use, says InVision’s founder Clark Valberg:

Easee will remain open and available for registrations. All existing accounts have been upgraded to the unlimited plan as well. Going forward, Steven will lend his talents to several exciting projects already underway.

According to Fabre, Easee may not be updated as a standalone tool, but we’d speculate similar functionality is coming to InVision (possibly Craft) at some point.

InVision has been actively building its suite of tools out for the growing Sketch community of designers and developers. In addition to Easee, InVision has Silver Flows, Waybury and its Craft suite of tools. It’s not clear how Easee may fit into InVision’s mix, but it’s a welcome addition.

Easee is joining InVision on Medium

Read next: Who needs selfie sticks when this Hover Camera drone can follow you around?