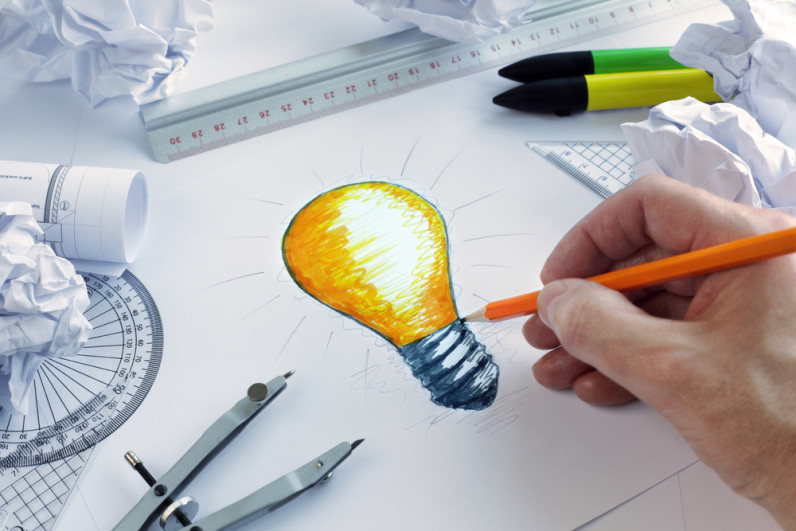 I’ve spent the past year meeting with product designers at some of the world’s most innovative and beloved companies — Airbnb, Coursera, Etsy, Facebook, Google, Pinterest — while making the Design Disruptors documentary to understand how these brilliant minds and their companies are building many of the products that are fundamentally redesigning the way we live.

The things they shared provided profound insight into how design not only impacts business, but our relationships with people and our world — the way we relate to one another, tackle challenges, and think about what’s possible.

At its best, design is human. It’s not about does it have drop shadows, is it pretty? It’s more about the connection I have with it.

Good design is the common thread that runs throughout the companies having the biggest impact on the way we live our lives.

This doesn’t have to be daunting. At their core, the lessons Tobias Van Schneider, Katie Dill, Dantley Davis, Vivian Wang, and the rest of the product design heavyweights in the film shared are really quite simple.

Here are the most important things I learned from them while making the film.

Design has historically been understood as an aesthetic art, with designers sitting in a corner of the office creating logos, color palettes and slide decks.

While those things might be accomplished by visual or graphic designers, product design is a whole different ball game. Product designers are the conduits between the person and the product.

When we think about designing products, we try to tap into things that are natural. To ‘like’ and ‘share’ are things that existed well before Facebook.

These digital habits are satisfying, ingrained parts of our day-to-day lives because they tap into the very impulses that make us human.

In order to create these experiences, the product designer must understand the user and represent their voice and perspective across the business.

They need to answer the questions:

The product designer is also charged with ensuring this detailed concern for the user is prioritized just as much as the top and bottom lines.

That doesn’t mean a designer can’t be a good business person — the past few years have taught us that indeed they can be quite effective as founders and leaders (AirBnb, Flickr, Pinterest, Tumblr, Kickstarter). Rather it implies that what’s best for the user is actually best for the business.

That in and of itself is a disruptive idea.

We’re shifting from engineering-centric tech companies to design-centric ones.

For a long time, Silicon Valley has gotten attention as a technology mecca where engineers have reigned supreme. We’re now seeing a shift in this model.

The question is no longer if it can be built (it can), but how easy and enjoyable is it to use.

People have choice now. If they open it up and they don’t immediately understand the value, they’re done.

The key differentiator that separates your product from the other ‘Ubers of Everything’ is how seamlessly the user is able to extract that value from it.

This also represents a shift in the development process.

Before this design renaissance, companies spent a lot of money and resources pursuing incorrect assumptions. They would develop an idea, engineer it, launch it, and then measure the way their users responded to it (or didn’t).

Today, you have the ability to turn an idea into a functional prototype almost instantly, long before you’ve written all the code to bring it to life. You can easily test where your users click, fall off, get stuck and hone your product flows accordingly. This has shifted the user experience from an afterthought, applied at the end of a cycle, to a key fulcrum which iteration revolves around.

The late Steve Jobs talked a lot about the importance of bringing a liberal arts perspective to the “geek technology,” pioneering a design sensibility that Apple continues to embrace today. The idea is that design literally comes before engineering now. It was the difference between Apple and Microsoft back in the day — it’s now the difference between Airbnb and Craigslist.

Both are about utility, but design is at the center of the former and an afterthought for the latter.

When you think about every major period of disruption, it has been made possible by unconventional ideas frowned upon by 99.99 percent of the world and propelled by a Moore’s law effect on technology that is relevant well beyond the semiconductor.

Today it’s easier than ever for someone to start a company or build a product.

All of this innovation is going to increase exponentially.

Uber wasn’t just revolutionary because it made it easier for us to get rides. It also changed how we were able to imagine buying groceries, ordering cleaning services, and getting takeout. Mobility, the Internet of Things, and increased global interconnectivity will have similar impacts.

As Ryan Donahue, VP of Product Design at Zendesk, points out in the film, the design disruption of Charles and Ray Eames was made possible by the advancements of plastics and polymers, which enabled new modes of product creation that weren’t possible five years prior.

Davidson points out that disruption is anything that changes the way we live our lives, from transportation to education. The current state and pace of technology innovation today puts a massive multiplier effect on what’s possible for modern product designers to build. We have only begun to imagine where these things will lead us. The design disruptors, however, have already started building it.

Read next: Twitter now lets you tag restaurants and other businesses using Yelp