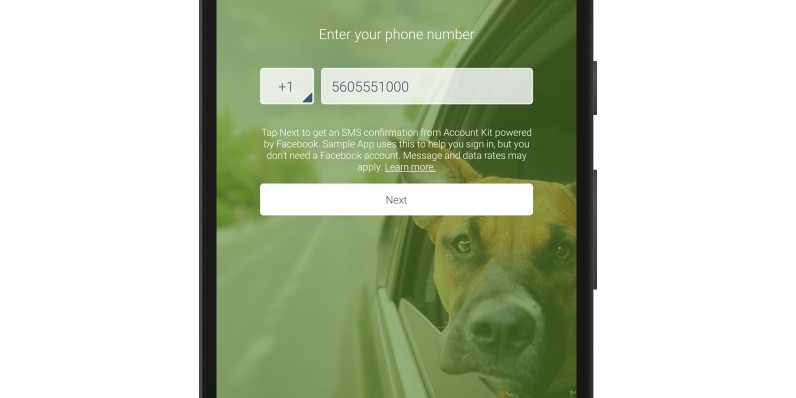 Already the world’s number one sign-in product, Facebook is launching Account Kit to help developers with the sometimes tedious on-boarding process. Early launch partner Saavn, a streaming music service in India, reported over half a million new signups in its first month with Account Kit — a 33 percent increase in total signups.

Account Kit will prove itself handy in emerging countries, but Facebook tells The Next Web it was also a highly requested feature in established regions like Europe. In visiting with developers from around the world, Facebook notes its global community is 40 percent larger than it was at this time last year.

If Account Kit sounds really familiar, it should; the feature set is essentially a dead-on copy of Twitter’s Digits, which can be found it its robust Fabric toolkit for developers.

Facebook says Account Kit is part of its two-pronged initiative for developers this year: signing users up and engaging them after they start using apps. Account Kit will go a long way in helping with the on-boarding process.