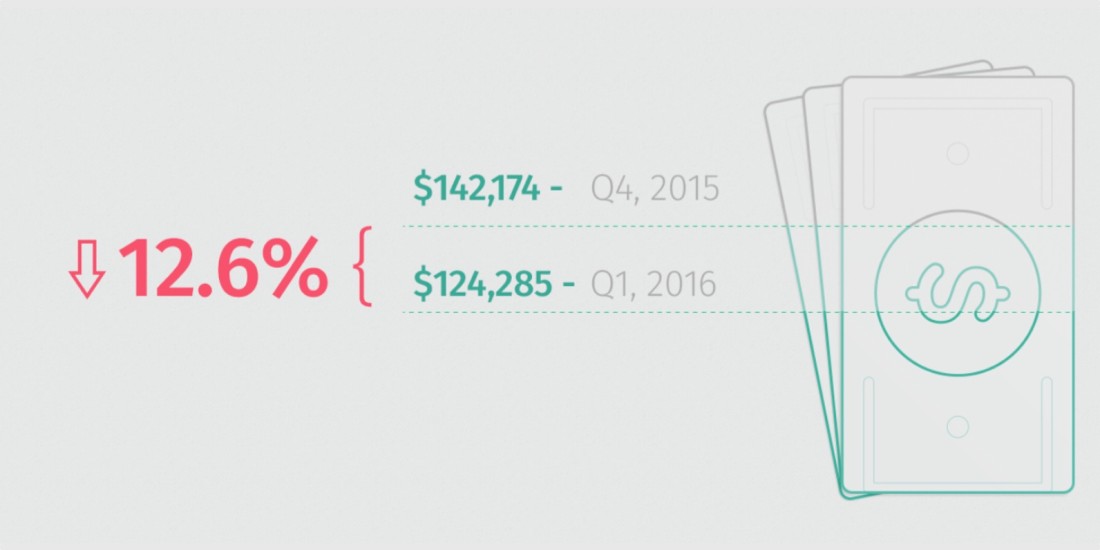 According to Woo, a company that helps pair developers and other tech workers with companies that may be able to offer them what they really want, things are changing in the industry. Most notably, salary expectations are down.

Comparing Q1 2016 to Q4 2015, Woo found the average expected salary has dropped 12.6 percent to $124,285 — down from $142,174. Woo attributes the sharp decline mostly to layoffs amidst missed growth targets early this year, and incoming job seekers looking for less as a result.

The ‘Woondex’ (that’s Woo-speak for ‘Woo Index’) also suggests that those in San Francisco have a different set of priorities than the rest of the country. The top concern for those in the Bay Area is location, while salary is secondary. Third on the list is what position they’ll hold with a new employer.

The rest of the US flip-flops the first two — salary comes first, then location — but title is still the third most concerning topic for potential employees.

Perhaps not surprisingly, Bay Area tech workers are increasingly looking to move away. In Q4 2015, 22.2 percent of San Francisco’s tech crowd wanted to move, while Q1 2016 shows that 29.1 percent want to split. Their most desired location? New York.

San Francisco has the most in-demand tech culture, with New York coming in second place. Seattle check in third, while Los Angeles and San Diego round out the top five.

And if you’re wondering what languages Woo found to be most desirable, Java is the unsurprising winner with 18.2 percent of employers looking for that discipline.

Happily, the data also shows a 8.2 percent increase in the importance of a work-life balance (up to 22.3 percent from 14.1 percent last quarter) across the board.