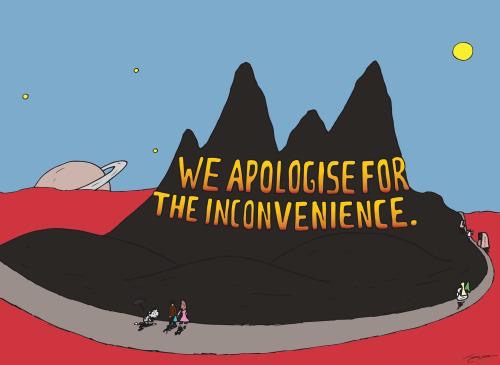 Good foundations are crucial for builders. In the startup ecosystem, those builders are software developers. And when they want to build upon platform components, they seek out APIs with foundations they can trust.

Scalability, reliability and security are a great start, but when developers choose an API they’re trusting that the company is fully committed to its platform and – most importantly – that the platform has the power to endure. Developers are the people on the front lines of innovation, and their trust is not earned, or regained, easily.

Over the past several years, we’ve witnessed companies rush to launch “API strategies”, some by building platforms and others by buying them. But the foundation of APIs is not strategy – it’s the business model. And as companies all across Silicon Valley shutter their APIs, the walls are tumbling down.

Well, kind of. Turns out Venmo just cut off new developers – existing developers would still have access. But Venmo may remove features. But maybe not. But also maybe they will.

The now-murky future of the Venmo API arrives on the heels of Facebook’s decision last month to shut down its Parse service, an immensely popular API used by over 600,000 developers. Parse challenged an entire industry’s notion of what the first five minutes of using a mobile SDK could be, and their acquisition by Facebook in 2013 promised a bright future for mobile developers:

We’ve worked closely with the Parse team and have seen first-hand how important their solutions and platform are to developers. We don’t intend to change this. We will continue offering their products and services, and we’re excited to expand what Facebook and Parse can provide together. – Doug Purdy, Facebook Director of Product Management, April 25, 2013

Parse was hardly the first to go. Google has shuttered more APIs than I can count. Twitter’s on-and-off love affair with developers is worthy of a soap opera. And whatever happened to Mashery?

The problem with building or buying an API as a strategy is that strategies change, often rapidly. They shift with new leadership, they shift with corporate priorities, they shift with the breeze. When the latest boardroom talk is about APIs, you get an API strategy. And when attention turns to the next big thing (“Drones!” “Bitcoin!” “VR!”), you get a new “strategy”.

When budgeting season comes around, guess which projects get the axe? Anything associated with what sounded good last year, but hasn’t made a ‘needle moving’ amount of profit. The company then shuts down the platform, but the loyal developers are the ones who really feel the pain.

APIs are a long commitment. Once you build them, they take time for developers to adopt and grow into revenue. You don’t put your enterprise sales team in the field and start closing $10M deals on launch day. You seed developers with ideas, you help them find use cases, and after developers build, you watch their apps go from prototypes, to betas, to production systems with happy customers. It requires patience and deep commitment, but when developers succeed with your API, you succeed.

Developers are the lifeblood of innovation; they embody the spirit of iteration in a way that leads to new technology, new services and new solutions on an almost daily basis.

It’s interesting that developers often wonder whether they can trust the tools of a startup over a large, established corporation who’s just launched an API. Probably a better bet to trust a young, dedicated startup. Why? Their existence depends on serving their customers – it’s not a whim, it’s not a strategy… it’s survival. I’d trust survival over strategy any day.

If you’re thinking about developing on a new platform, ask yourself: “Am I the customer or am I part of their strategy?” You should be wary of companies that view APIs as a strategy. Instead, put your faith in products that are the business model.

As a developer, don’t let yourself be “courted” by a strategy. Courtship just leads to getting screwed.

Read next: Facebook’s Parse may be shutting down, but that means it can grow bigger than ever