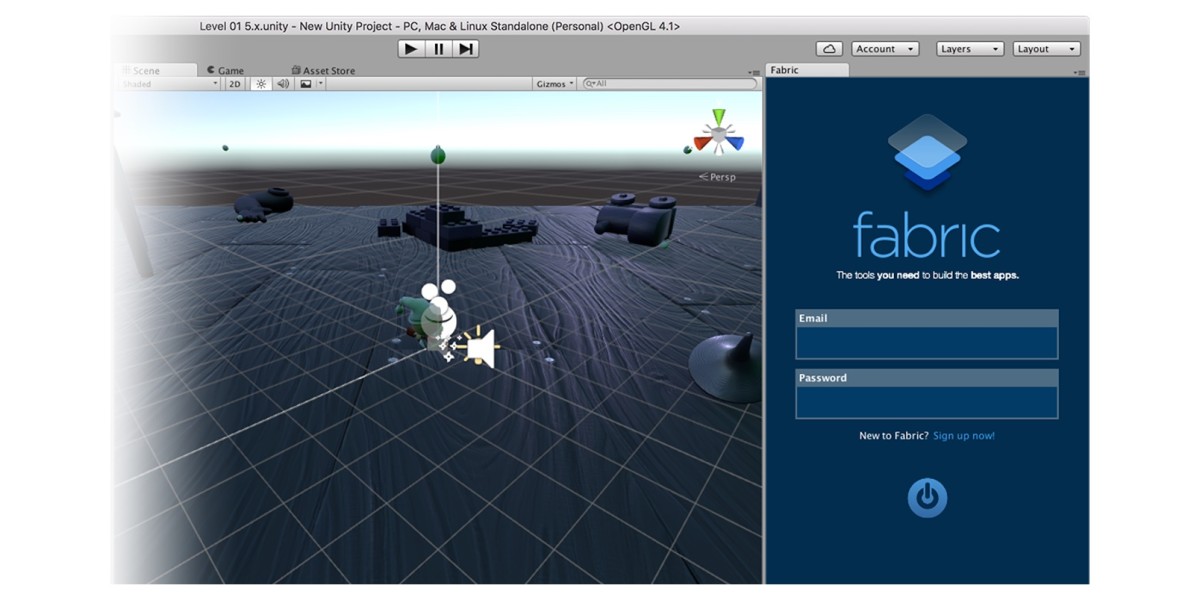 In bringing Fabric to Unity, Twitter set out to solve some challenges game developers face. In addition to user metrics, Fabric can help developers generate revenue, acquire and retain users as well as monitor games across platforms.

Fabric can be fully integrated with the Unity IDE, and requires no additional steps for installing or updating Fabric SDKs. Currently, Unity developers can use Crashlytics, Beta, Answers, MoPub and Twitter Kit.

Of course, all Unity game statistics in Fabric will also show up in the Fabric mobile app.

Seasoned developers may already be familiar with some of Fabric’s offerings, here. In July of last year, Twitter released an open source MoPub plugin, which was followed by a Crashlytics plugin for Unity announced at Twitter’s developer conference, Flight.

Twitter Kit was also previously available for Unity, though today’s announcement wraps them all up in a tidy Fabric package — and adds Answers!

If Fabric for Unity is as dead simple to use and powerful as it is for Android and iOS developers (and there’s no reason to think it won’t be), Unity game developers are going to be really happy.

➤ Doubling down on games: introducing Fabric for Unity [Fabric Blog]

Read next: You can try out Android N today, including multi-window support and better notifications