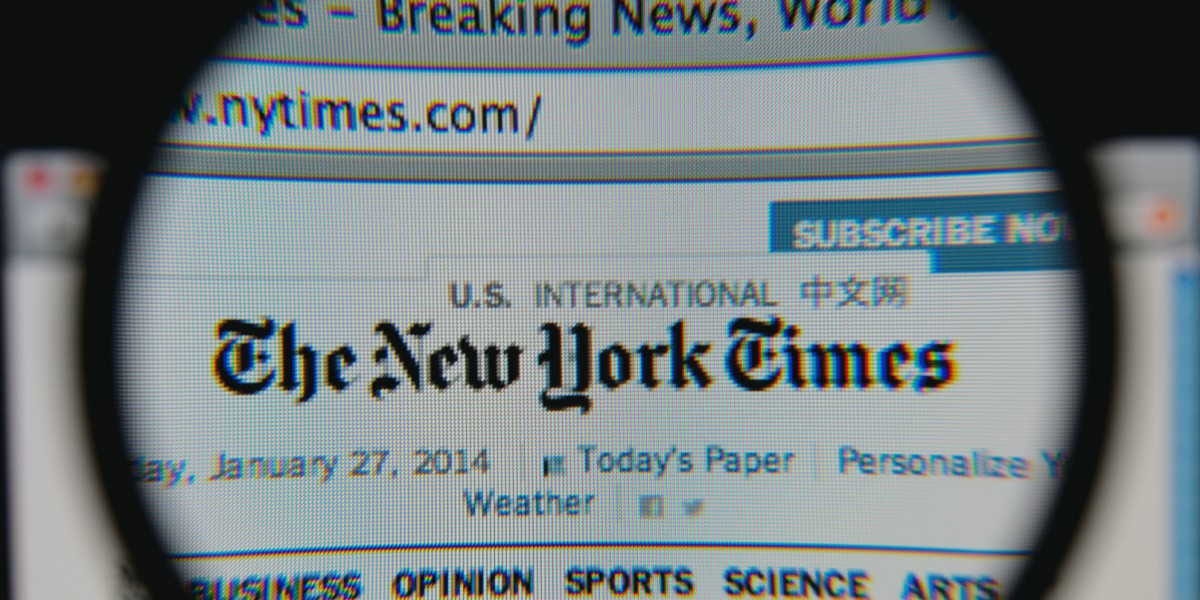 For those of you who are sneaky enough to have an ad-blocker extension on your browser, the Grey Lady is not having it anymore. According to a report from Adage, a spokesperson said that the publication is testing out a system that detects whether an ad-blocker is being used and prevents the user from reading the article.

The pop-up comes with a statement from the paper:

The best things aren’t free. You currently have an ad blocker installed. Advertising helps us fund our journalism. To continue to enjoy the Times, please support us in one of the following ways.

Users are then called to subscribe to the paper or ‘whitelist’ the website to allow for ads to surface on the page even when an ad-blocker is running.

The test will be administered to both subscribers and non-subscribers, though the proportion would be “relatively small.”

This is new for the Times, I believe pic.twitter.com/tmJNWboYUx

The New York Times isn’t the first publication to try such a tactic: Wired also detects ad-blockers on its page and blocks content in returns. Outside of journalism, Hulu also detects when pre-roll ads can’t load and sends a rather stern message asking for them to be turned back on.

The decision is a part of a bigger, ongoing discussion regarding whether using ad-blockers is a moral or correct tactic. While that sort of thing is between you and your browser, don’t expect the Times to be an outlier in this brave new ad-blocker battle. Odds are that more publications will follow its lead.

Read next: Prompt wants to be the command line for the real world