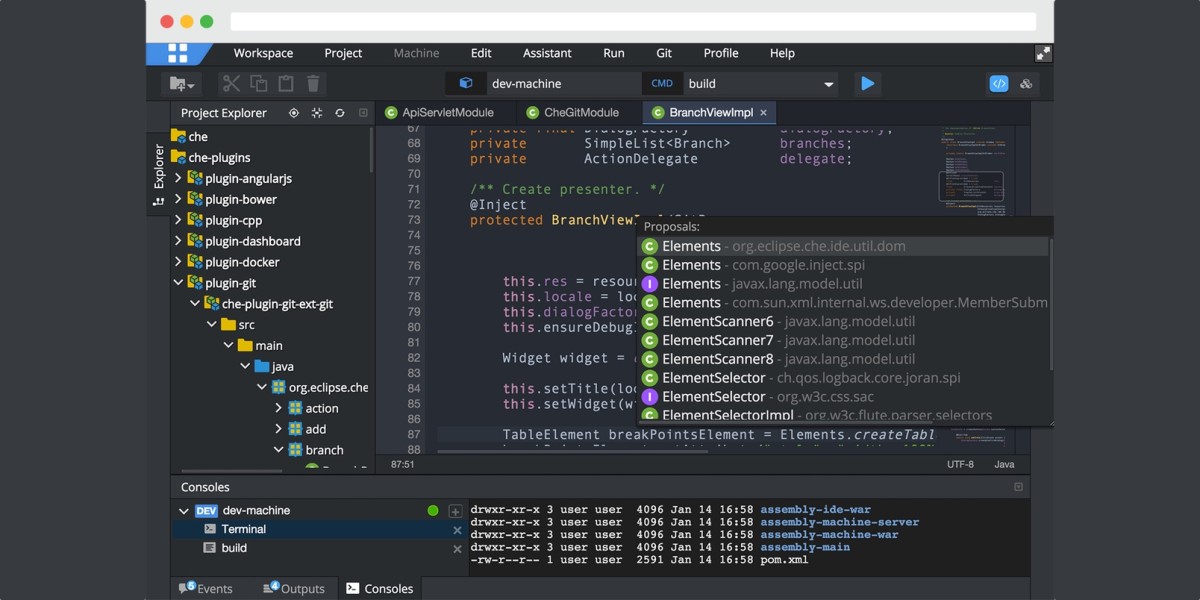 Eclipse has a new IDE named Che, which it thinks will redefine how developers work and coordinate efforts using the cloud.

Because it’s centered in the cloud, Eclipse Che is accessible from any local or remote device, and can even support shared access to workspaces.

Che supports all languages, and is extensible. Developers can build their own extensions, or customize existing plug-ins of they like.

With workspaces, Che bundles projects and runtimes together for a more cohesive coding experience. Teams can collaborate in Workspaces to finish projects, and remote access to Workspaces can be granted on a per-user basis (think of them like Slack channels).

Workspaces in Che can be hosted on a local server, where they can be assigned a hostname for remote access. This also allows users to host multiple Workspaces without runtime conflicts, and all Che services are accessed via RESTful APIs.

Che also has a preview feature so you can see your code as users will, and it takes advantage of Java and JavaScript Intellisense.

Eclipse claims Che is the only open source IDE of its kind, and while the overhead of hosting Workspaces may cost you, Che won’t. If you want to give Che a shot, click the link below.