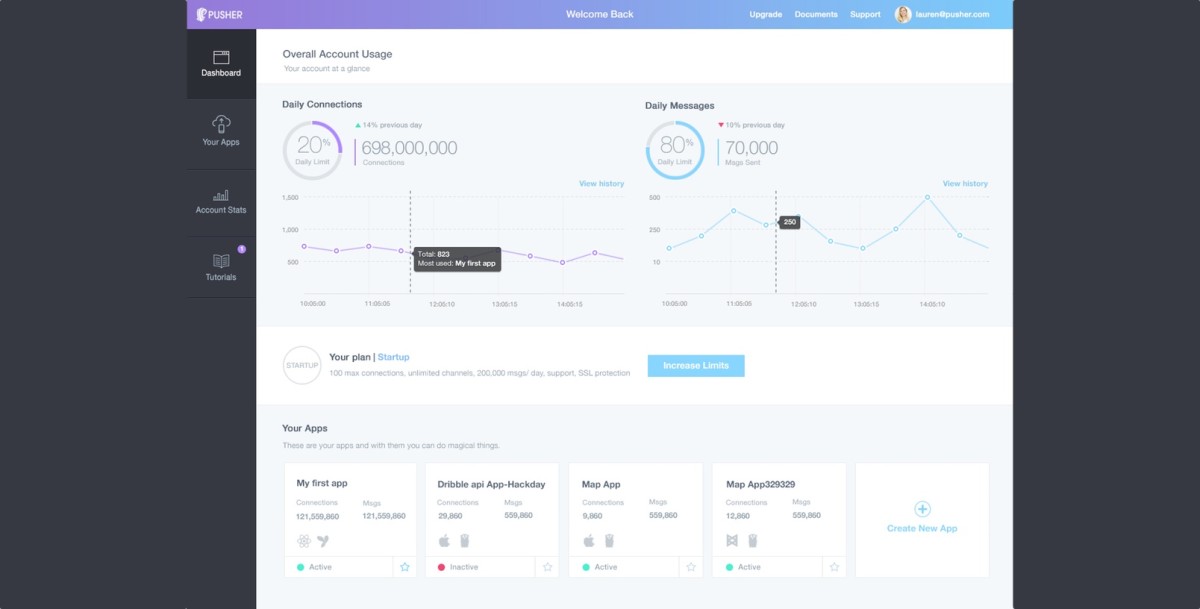 Pusher, the real-time messaging service for apps, is retooling its interface.

The aim is to allow developers to focus on their apps rather than the back-end, so Pusher’s new interface allows for information to be digested at a glance. 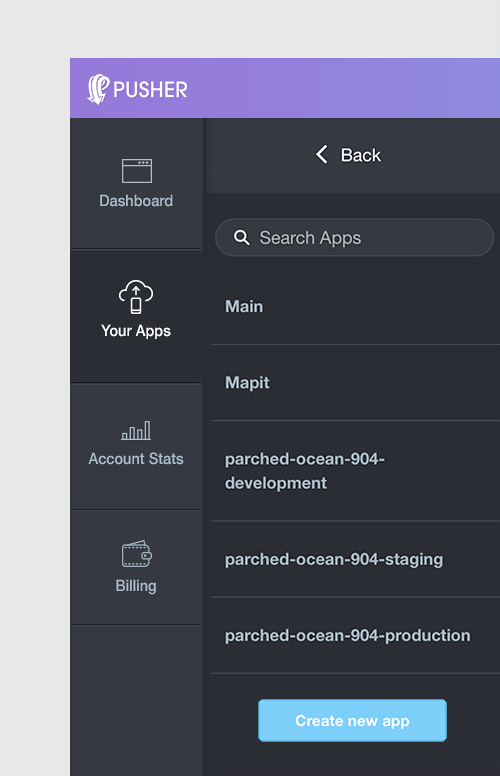 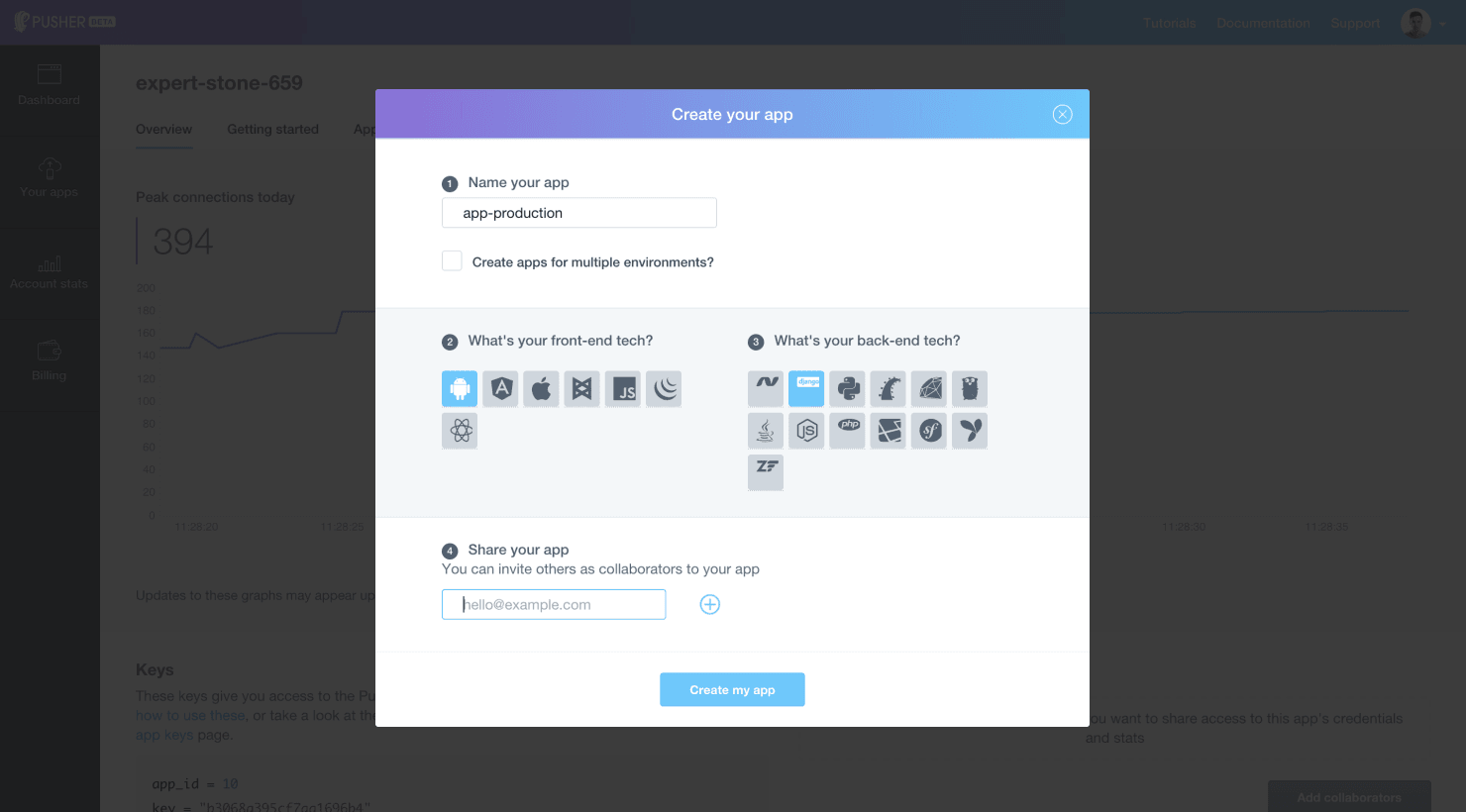 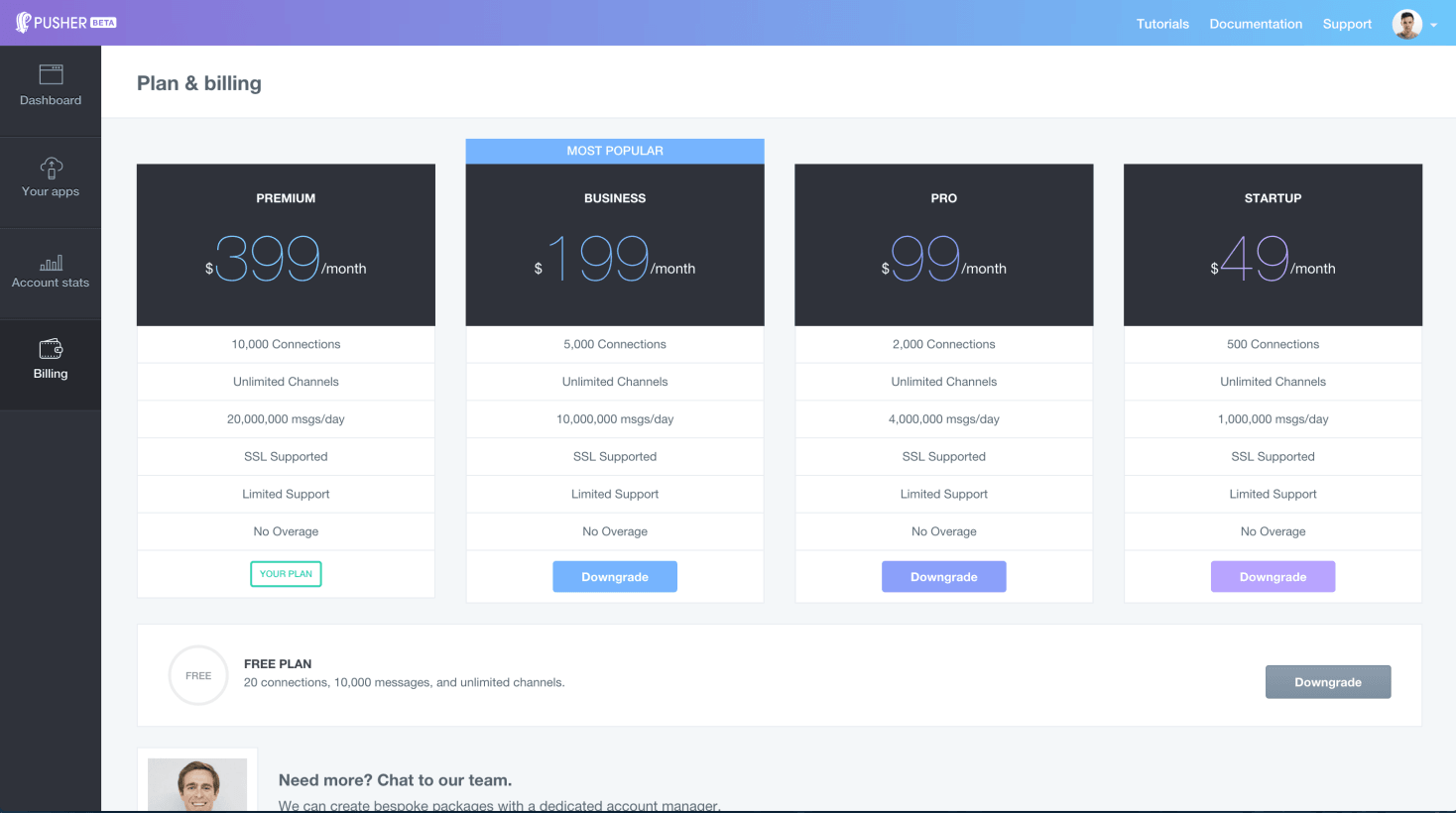 The dashboard offers up basic info on how users are connecting with an app, and a new ‘build my app’ interface lets you adapt to Pusher with ease.

Pusher’s new interface will be available next week, and the company is hinting that more cool things are on the way, so stay tuned.

Read next: Inbox for Gmail's snooze feature just got even more useful for lazy people