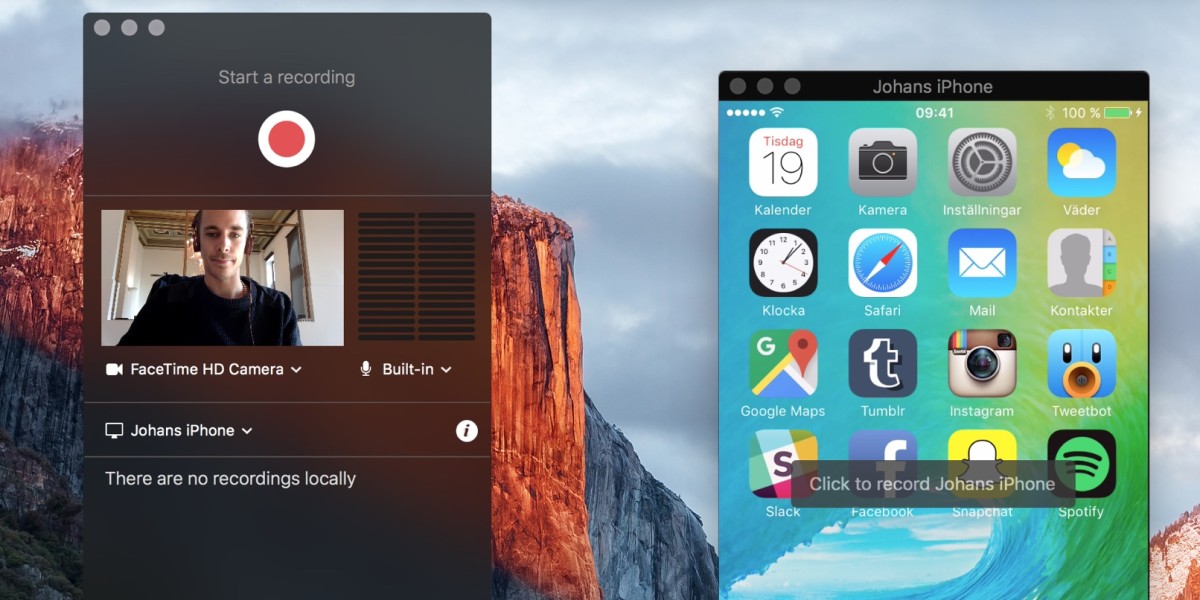 Although Apple’s own QuickTime app already allows you to record your iOS screen to your Mac, the advantages here are easy uploading and sharing via Lookback’s platform and the ability to simultaneously record your Mac’s camera. This means developers can better gauge the reactions of those using apps during focus group testing, for example.

This will be especially useful for remote user testing – far better than making far-flung testers fill in a form about their experiences. It also makes video demonstrations of apps, in which you might want viewers to see your face, simple to record.

Setup is simple. You just hook your iOS or Apple TV device up to your Mac via USB, choose the relevant input in Lookback and away you go. Lookback is currently a beta product and free to use.