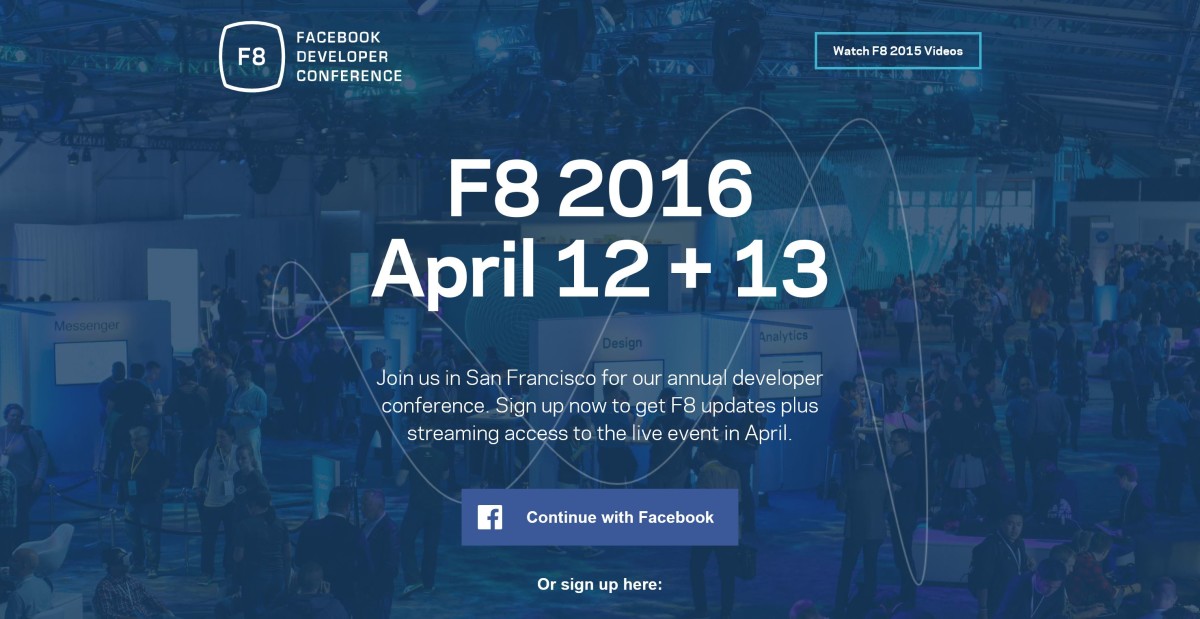 Registrations for F8, Facebook’s developer conference, is now open. The event will be held April 12 and 13 at San Francisco’s Fort Mason Center.

•40+ sessions from across Facebook’s family of apps and services

•Learn how Facebook plans to improve connectivity, enhance infrastructure and scale artificial intelligence and virtual reality around the world

•An after party at the end of the first conference day with music, food and drinks

The company has also posted its schedule for the event.

It’ll be interesting to see how Facebook spins a developer event now that it’s decided to shutter Parse. While there’s still a lot Facebook can offer developers, ditching its largest developer-focused product will definitely leave some wondering if Facebook is right for them.

➤ Join Us at F8 – Registration is Now Open! [Facebook]

Read next: 9 of the best new and updated Android apps from January