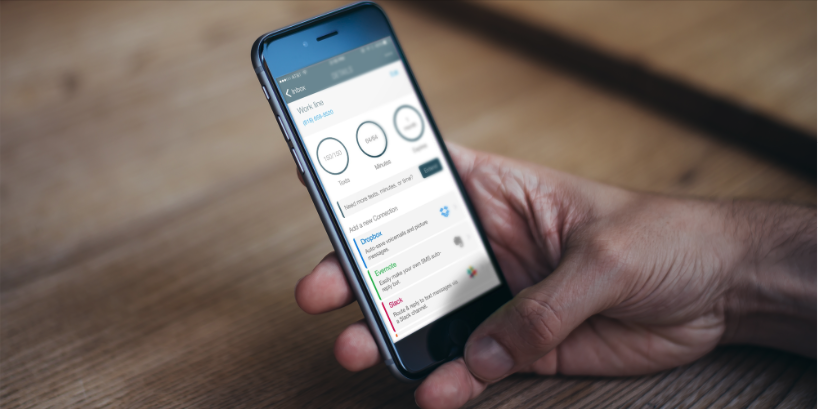 Burner, everyone’s favorite app for generating and ditching temporary phone numbers, is opening its platform up to developers and IFTTT.

Using Web hooks (a simplified version of an API), Burner hopes that developers will find reason to weasel its service into their own, or allow someone with a Burner to automate other services via text.

For instance, a development team for a smart home gadget may use Burner’s Web hook to let you turn on lights via text. The information is only outbound, though; your connected bulbs won’t be able to tell you what color they’re currently lighting up.

Similarly, Web hooks open Burner up to IFTTT. Creating a recipe via IFTTT’s maker channel, simpler things like automatically saving a picture someone sends to your Google Drive account would be possible.

The addition of Web hooks doesn’t replace Burner’s current integrations with service like Evernote, Slack and Dropbox. Instead, they’re adjunct for those who don’t want to (or can’t) integrate directly with Burner.

Burner is promising more developer services in the future, but wants to see what users create with Web hooks before moving forward.

Read next: How technology is preserving the past