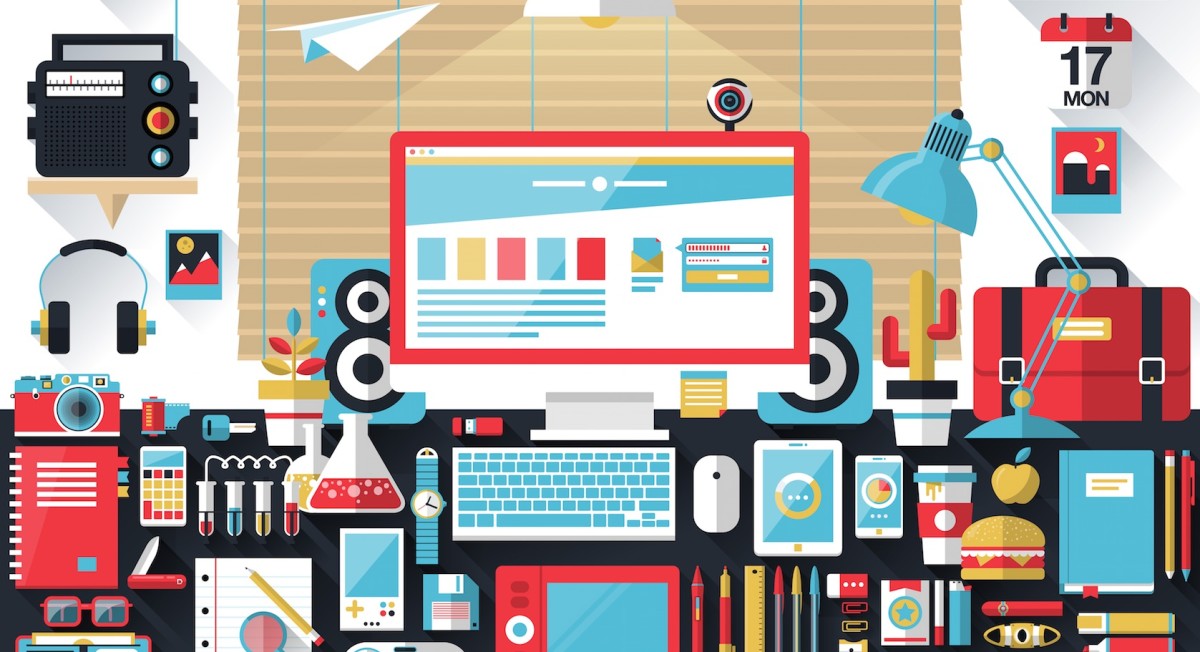 Product design processes are meant to be cyclical. But what if you could speed up each phase for better results and more frequent feedback?

This is the thinking behind design sprints, a fast process for yielding more iterations in less time.

Design sprints aren’t simply “rushing” everything. We’ll describe a few best practices for ensuring the process is quick but productive.

The What and Why of Design Sprints

Popularized by Google Ventures and their design partner Jake Knapp, the design sprint aims to validate your ideas as quickly as possible through fast research and prototyping.

In general, design sprints typically last about a week, with each day dedicated to a different activity, plus a preparation period. By the end of the week, you’ll have not only a completed prototype, but also substantial user data.

You can conduct sprints at virtually any time in the design process.

Within the constraint of a week, the team limits itself to only the most important issues, and can’t afford to overthink anything. But the pressure is taken with grain of salt — participants recognize that sprints are meant for speed, not perfection. As Knapps describes, the approach has worked out well for some highly successful companies like Blue Bottle Coffee and Nest.

Everything that can be done beforehand, should be done beforehard. In our experience running our own design sprints, this frees your team up to concentrate only on designing during the actual sprint. By the morning of the first day, we try to complete the following tasks as suggested by Google Ventures:

Deal with these first so you can start the sprint with a few less things to worry about.

Sprints can be modified and customized, but the basic foundation follows this 5-day plan:

We delve into the best practices for each stage below.

The first order of business is to analyze the situation and bring everyone up to speed.

While the relevant documentation should have been distributed before, now is a good time to go over it together to ensure nothing important slipped through. This is also a chance for different departments to share their unique perspectives on the project.

Getting to the task at hand, the first day must also organize the project’s goals. If the team works well together, this can be a simple discussion, but for more control and efficiency we recommend an affinity diagramming exercise that’s worked quite well for us.

Also known as the KJ Method, an affinity diagram is an activity for organized prioritization, following four steps:

After the affinity diagram, the team has established a clear hierarchy of ideas and priorities for the next days’ designing. In our experience, it’s best that the core design team still has final say over which categories are most important. The votes help inform their decisions, but don’t act as design by committee.

The second day is the most important for brainstorming. Here is where the team creates most of its ideas and the product begins to form. Based on the goals established the day before, the team works with coming up with the best possible solutions.

A design studio is a great way to get people working together to sketch viable ideas. In fact a design studio is like a next-tier affinity diagram — using similar methods, it fleshes out potential solutions from the highest priority goals that we already determined.

Basically, everyone sketches potential solutions to the problem, the work is critiqued, and the design team can further iterate on useful ideas. We suggest the following method:

There will also be people resistant to sketching for concerns about their artistic skill. Reassure everyone that this isn’t about the art, it’s about the ideas (hence the time limits).

The goal of day two is to come up with many viable solutions so you can zero in on the best idea. The sketches make a great jumping off point for the next day, when the structural designing begins.

In our process, this step is when collaboration becomes more selective. As we warned against in Web UI Design Best Practices, involving everybody at all times just invites a “swoop and poop” mentality. Instead, we’ve found it most helpful if the designers take over from here and involve others for feedback.

We will now create user flows will help us optimize all the steps required for completing user tasks.  Here are two of the most useful techniques we’ve tried.

In her article Jumpstarting Your App Conception Without Sketching UI, Jessica Downey explains how the writing-first approach fleshes out the details, while creating a common language that’s recognizable on every page of your app or site.

For example, in the below scenario, the user wants to activate auto deposit. Content in brackets represents buttons or links.

Step 1: Would you like to set up auto deposit?

Step 3: Deposit Once per Month

As an alternative, the shorthand approach, used by Ryan Singer at Basecamp, treats flows as ongoing conversations.

Using the same scenario above, this method abbreviates Steps 2 and 3 with shorthand:

Singer can illustrate even complex flows with this process, as you can see in his article A Shorthand for Designing UI Flows.

This is the big day, in which the team builds the actual prototype. Given the fast pace of the design sprint, a prototyping tool will be much faster than prototyping with HTML or Javascript.

No one said it’d be easy to build a prototype this fast, so here is some advice to help:

Delegate & collaborate — When we use UXPin, multiple teams can co-create and comment on wireframes and prototypes. While the design team should focus on the “core” prototype, it’s totally fine if developers or PMs want to create a simple prototype for specific interactions (e.g. a check-out process, or sign-up form). Don’t turn them away. Just remember to filter their ideas through the design lead before adding them into the main prototype.

Embrace over-the-shoulder critiques — Get at least one round of feedback from people who didn’t create the design. Developers and marketers are always great candidates. The feedback sessions can be as brief as 15-20 minutes.

Now it’s the moment of truth. Since the prototypes are low fidelity, we’ve found moderated usability tests to be most helpful since someone can help guide users if they go way off track or are on the verge of giving up.

To save some time, you can limit your documentation to just the test script, questions, user tasks, and usability report. The usability report can be as simple as a list of prioritized problems (based on patterns you saw during the test). Discuss the problems with stakeholders, then start tackling them right away.

Now you have even more user data to draw from and a even better prototype. Implement what you’ve learned into the next iteration, and start the whole process again. In fact, Lyft has managed to condense the whole process into 4 days.

Design sprints aren’t just for designers strapped for time. Sometimes deadlines can be the greatest incentive, and in situations when they don’t occur naturally, creating one with a design sprint can get the team more focused and motivated.

So many of the traditional design methods are starting to show their age, and more modern tactics like sprints can help shake things up, in addition to their practical benefits. At times they can be difficult, but maybe that kind of constraint is exactly what good design requires.

For more real-world advice on improving UX design, check out UX Design Process Best Practices. The free guide provides tips on the whole UX process from gathering requirements to testing designs. The book also explains the types of design documentation that are most helpful to fast-moving teams based on experience designing a product from scratch.

Read Next: The psychology of visual UX

Read next: Microsoft's Arrow launcher for Android is now available