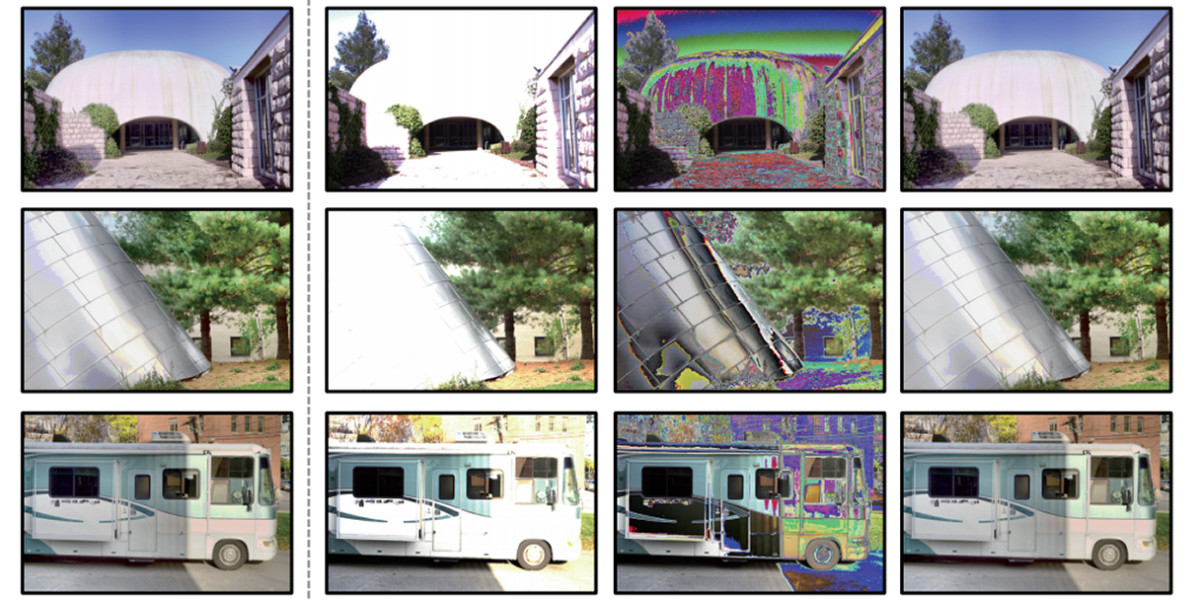 You know those gorgeous pictures you shot while on vacation — the ones with the beautiful scenery and family portraits where you wish the sky was not white? The big brains at MIT’s Media Lab are working on it.

Photographers today sometimes try to compensate for overexposed blown-out skies — and other instances of overexposure — with HDR technology, something already built into iPhones, or with post production photo software.

A paper presented to the International Conference on Computational Photography outlines a way to get the camera’s light sensor to absorb light beyond its maximum level (unbounded HDR) by using a Modulo camera, (referring to modular arithmetic). The most accessible example would be a 12-hour clock that resets twice a day instead of recording a straight 24 hours.

The Modulo camera would compute light level data every time a sensor reaches capacity and then start over again.

Conventional camera sensors will get “full,” or saturated, after receiving an excess amount of light. This is because conventional camera sensors have a limited “well capacity,” or a limited amount of light the sensors can take in before they overflow. The modulo camera solves the saturation problem by resetting the sensor capacitors whenever the “well” gets full, and uses an inverse modulo algorithm to calculate how much light the reset sensors took in. This algorithm recovers a much larger dynamic range.

Why not just stick with HDR? For one thing, HDR images don’t always look that great because of artifacts and ghosting, and often depend on a steady hand.

The Modulo camera was created by the MIT Media Lab’s Camera Culture group, MIT Lincoln Lab and Singapore University of Technology and Design and requires only a single shot to create an HDR image. This not only facilitates blur-free HDR photos but also perhaps allows for HDR video.

Don’t look for this problem to be solved anytime soon because commercial cameras are not built for this kind of work — MIT researchers built their own prototype to test the algorithm.

Not surprisingly, this is not just about your vacation memories: MIT also sees such this tech as potentially useful for controlling robots, keeping a self-driving car on course, astronomy and more.