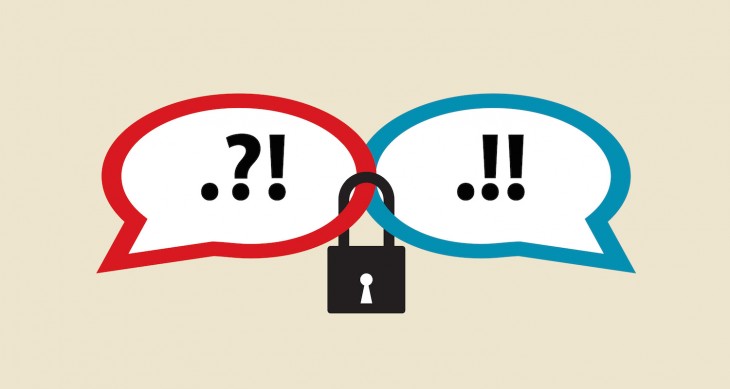 Some people just can’t handle criticism, but as it turns out, some companies can’t either. Take Apple, for example. When it comes to apps that speak critically and openly about social issues, many developers find themselves locked out of the App Store with loads of free time to contemplate on their mistakes.

App developers are well familiar with the holy bible of apps – Apple’s Guidelines. And yet, they sometimes tend to focus on the terms listed throughout the document, missing one fundamental note: Critical content? No thanks. To be exact, the company states as following:

“We view Apps different than books or songs, which we do not curate. If you want to criticize a religion, write a book. If you want to describe sex, write a book or a song, or create a medical App. It can get complicated, but we have decided to not allow certain kinds of content in the App Store.”

This paragraph, along with the chapter prohibiting any controversial content (which, ironically, is pretty controversial on its own), stand in the way of app developers who wish to use their app to actually say something. It’s crucial to learn how one can avoid what Apple views as explosive content, and how to get Apple’s approval, even after the initial rejection.

For instance, a few apps have been rejected on the grounds that they ridicule a public figure: The Pulitzer Prize winner Mark Fiore, included a caricature of Michaele and Tareq Salahi, the White House gatecrashers, interrupting President Obama’s speech. After a flood of criticism and some negative media coverage, Apple decided to approve the app.

Apple’s low tolerance has led the company to reject an app submitted by Start Mobile, simply for displaying the famous “HOPE” image of Obama (there seems to be a pattern here). In this case there was probably a mistake on Apple’s side, and the company went back on its decision.

We believe you can learn a lot from Apple’s mistakes regarding the company’s way of thinking. Here we learn how careful Apple is when it comes to political content, specifically one that focuses on a specific person.

Another valuable lesson is relevant not only to the tech world: media outrage works. Miraculously, in every single case stated above, right before Apple decided to approve the app after all, word got out and made a splash in the media.

In a line of cases, apple chose to reject games for containing critical content and raising a voice about social injustice. A game created by Auroch Digital that centered on the horrors of the civil war in Syria, was rejected for this critical content, as well as for speaking of a particular country. Apple prohibits a definition of “enemies” in a game that is based on criteria identified with a certain country or race.

While this is a more then legitimate criteria, the implementation process and results can turn it into a foolish one. Another game called “Pacific Strike,” based on WW2 battles, was disqualified for being discriminatory, since it presented state flags as part of the game.

So, how can you ensure Apple doesn’t send you to write a book instead of an app?

If the controversial or political content is not essential to your app, maybe you should just leave it on the cutting room floor. Satire is cool, but a rejection from Apple isn’t. If you’re not entirely sure about your choice of content, turn to experts for advice.

As we’ve mentioned, nearly every time Apple went back on its rejection, some media coverage and social media drama were part of the story. Don’t get mad, get social. It just might work.

One major step in your resubmission process would be… resubmitting the app. In the past, we sent products that were initially rejected and voilà! It was approved even though we never actually made any changes to the product.

Remember, there are people, not just bitten apples, on the other side. Provide an explanation as to why your app stays within the guidelines and you just might get lucky.

Whatever you do, guys, don’t go directly to your reviewer. Once, a client of ours submitted an app that included Facebook Connect. This feature allowed the developer to know precisely when the app is being reviewed and by whom.

When the app was rejected, the developer approached his reviewer through his Facebook profile, a move that was not appreciated, to say the least. Careful now, if you step over the line, you might find yourself expelled from the developer program.

Considering the number of users and the great deal of time invested in using apps, especially games, Apple holds an unbelievably powerful position. The decision to leave out controversial topics should concern users and developers alike.

As marketers, we learn that although provocations could get you some attention from the media and the public, they come at a cost. Think carefully if you are willing to pay the price.

Read next: How mobile data and services can contribute to Ebola response