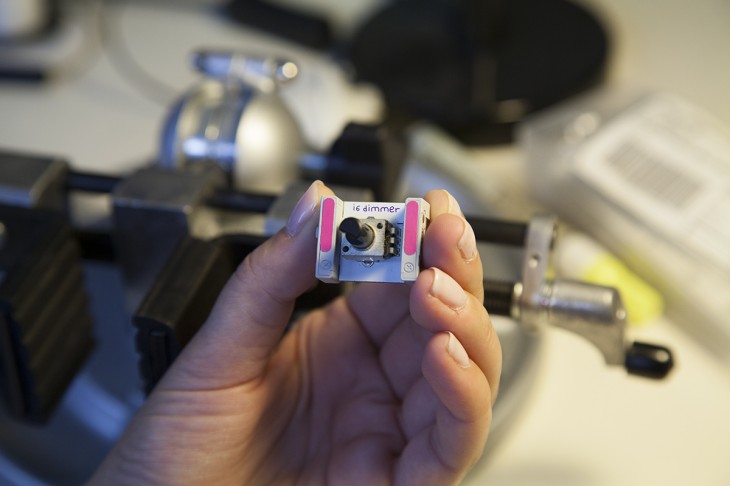 LittleBits has been in the business of democratizing hardware prototyping. Today it’s taking another step towards that ultimate goal by launching the bitLab user-created hardware store.

If you’ve been using the modular hardware system and can’t find the module (or bit as they’re called) you need, now’s your chance to design and submit your own idea to be voted on by the community. Using the new littleBits HDK (Hardware Development Kit) you can build your own custom bit and share it on the bitLab site.

The HDK comes with two Proto Modules (a module that can be programmed to be almost anything), a perf module (the base) and six bitSnap connecters (magnetic connection between Bits) and will set you back $39.95. Proto modules can also be purchased separately for $11.95.

After a prototype receives 1,000 votes, it’s reviewed for production feasibility. If it’s popular and can be created, it’ll be sold on the bitLab with the creator receiving 10 percent of the proceeds.

So if you got an idea and it’s popular enough, it could put a little extra cash in your pocket.

Read next: 90% off a lifetime of finance, business, dev and IT training