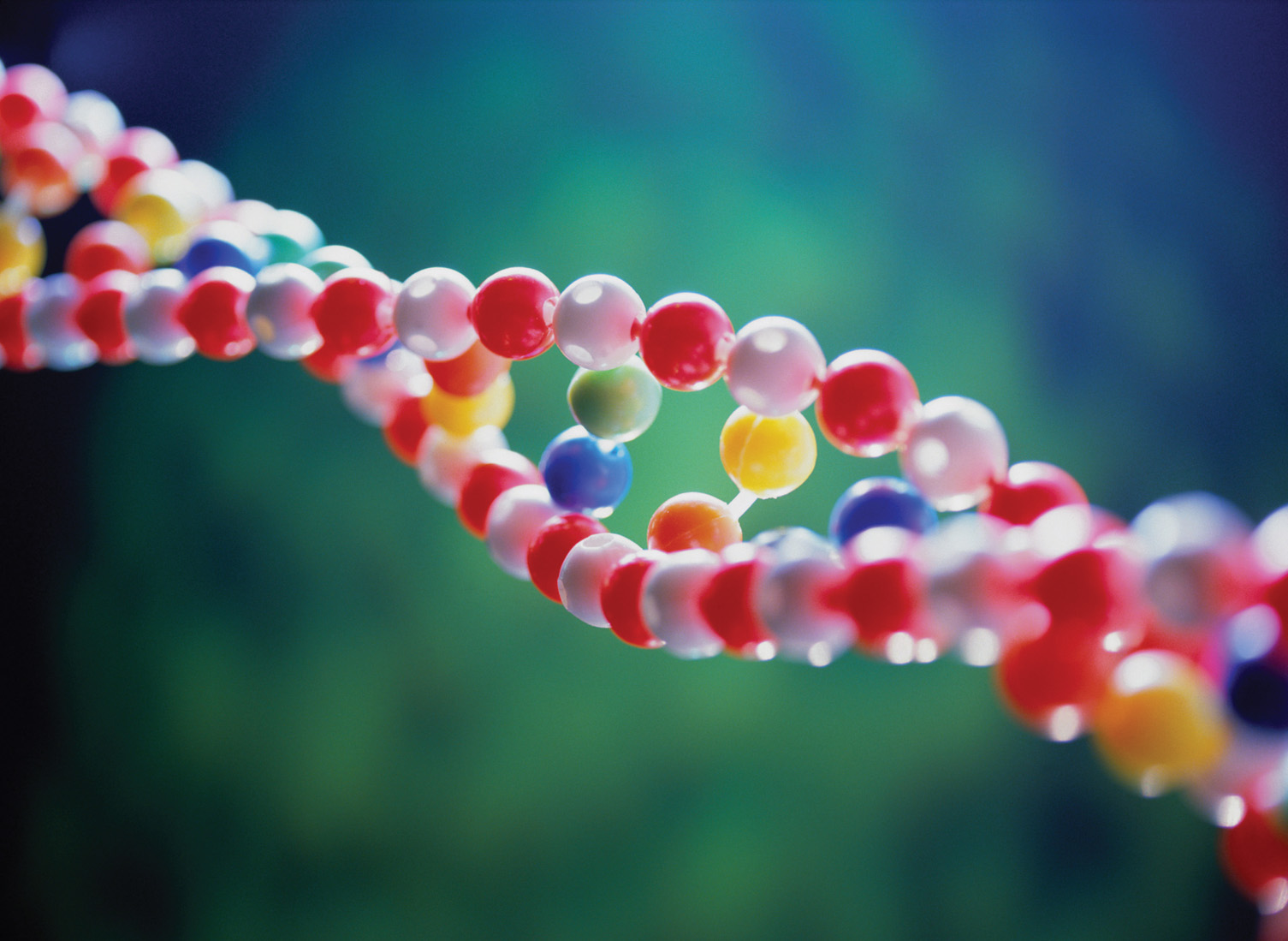 “Keep in mind, this child is still you. Simply, the best, of you. You could conceive naturally a thousand times and never get such a result.” – Fictional geneticist in the 1997 film Gattaca.

As a side effect of science fiction novels, many of us find ourselves with an outlook of the future that’s full of possibilities. One of the various futuristic innovations is the ability to genetically alter our DNA, while in utereo or even after birth.

While once pure science fiction, or strictly limited to altering the DNA of plants, we’ve already seen radical procedures like genetically altered human embryos. The alteration is designed to illuminate developing embryos, but it’s just a step away from modifying embryos to eliminate disease.

Once the science is there, it won’t stop (hypothetically) with disease. Intelligence, physical appearance and personality are some of the factors we, as a society, will likely sought after.

A basic example? Rather than lasering off the cornea in a Lasik surgery, simply altering the very specific line of DNA that would give those of us with glasses could result in a 20/20 vision. But even if we are able to modify our genetics to eliminate things like poor eyesight or other deficiencies, should we?

“The answer [to that question] is, we will, and we won’t,” says Dr. Amy B. Hollingsworth, Natural Science Biology Lab Coordinator at The University of Akron. “There are some simple genetic changes that may be able to be made in the future (identifying genetic abnormalities through amniocentesis and then selective abortion), but many more will be done with genetic screening of parents, so that they can make informed decisions about ‘breeding,’ before they ever make a baby.

“I think simple genetic changes, like altering DNA to prevent diabetes or eyesight issues is in the distant future. Things that are very complicated, like producing super-humans – not likely to happen in our lifetimes.”

Frankly, that is kind of a bummer, because movies make it seem so easy to alter DNA. Generally speaking, the consideration of genetic alteration is extremely selfish. While the case can be made for curing disease, the people who would be able to afford genetic alteration would likely seek it for personal use.

This is a process that will be very expensive and most likely not covered by any insurance. Though, like back alley kidney removal, I’m sure that there will be a way to get your unborn fetus dangerously cleared of any genetic abnormalities. Just don’t go creating chimeras.

The better question… what is normal?

For instance, I wear prescription glasses. Who is say that not having perfect eyesight without corrective lenses isn’t normal? Perhaps bad eyesight is to blame for ancient wars taking longer than needed, or most impressionist art.

Altering genetics could have side effects like destroying personality and the little things that make us all individual, unique and creative.

Ruth Everard is the Operations Director of Dragonmobility, a company that specializes in versatile wheelchairs for active disabled people. Ruth has a genetic condition called Spinal Muscular Atrophy (SMA), which is directly caused by a genetic defect in the SMN1 gene (a protein that has a lot to do with muscle cells).

There is no known cure. So what would she do if there was a process to alter her own DNA, or the DNA of her future children?

“SMA is viewed generally to be devastating. In fact, it is a painless, non-degenerating muscle weakness which has been shown to be associated with increased intellect,” she says. “When I have children I will not test for, or worry about, whether I pass it on, even though ALL my children will carry the gene and there is a 1 in 80 chance each baby will actually have it. 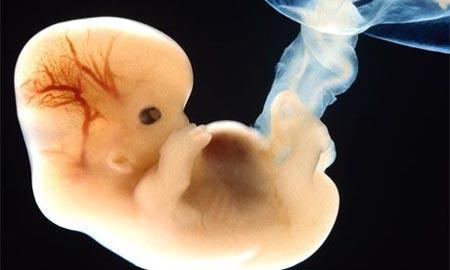 “The question is: if I could mess with the gene that causes it, would I also make my babies less intelligent?”

While super-humans are most likely out of the question for the time being, disease-free humans are still a strong possibility. Degenerative diseases are a strong target of genetic alteration, which come with a host of ethical issues.

As Everard mentioned, perhaps we don’t need changing. Well, at least that’s what every self-help guru would tell you.

But it’s not going to stop science from trying

Neuroscientist and Neuroethicist Dr. James Giordano of Georgetown University Medical Center believes that technology will play a huge part in altering our DNA and that this conversation is not just about changing our DNA to eliminate disease, but about altering the evolutionary process.

“A likely next step arising from current capabilities will be to alter aspects of humans’ DNA sequence – either directly through modifications using in vitro-derived or wholly synthetic components – to change an individual’s, group’s or perhaps even species’ genome… and thus create new characteristics of various organisms – if not new organisms altogether.

“These types of human-induced modifications to biology – and being – reflect trajectories of cyborgization, as an iterative process of biological-technological integration and fusion, which represents the human-in-transition.

“Indeed, we can view humans as affecting – if not controlling – their own direction and perhaps pace and extent of evolution.”

As Dr. Giordano points out, this will raise many more questions than answers. Biological, psychological, socio-cultural and political issues will arise, testing the limits of human consideration for science.

We live in a world that values many different belief systems, the strongest and most vocal one most likely having a serious problem with any type of genetic alteration. Religion aside, there is a larger issue with altering genetics, one that tends to plague us as a society as it is.

“A crucial issue – if not problem – is who will receive these biotechnological interventions,” Dr. Giordano continues. “We must ask who, and the particular enhancements they may foster, who will decide how these are provided, and what will this mean for the proverbial ‘haves’ and ‘have nots’.

“It’s likely that those who can gain access to these modifications will, or will be in position to direct their use, and this raises significant ethical issues about the intentions, values and power that can be leveraged through real-world cyborgization scenarios.”

Whether the technology supports the decision to genetically alter our DNA, there will always be a heavy ethical price to consider.

The field of genetics is coming on strong, especially when it comes to medical technology. While growing and replacing organs is one thing, being able to alter the DNA to reject the failure of such organs is another.

In the end, I think about how Everard finished our conversation on the subject. “I joke about breeding a master race of SMA people,” she tells me, noting that there are many SMA folk in parliament, the BBC and other influential positions, “but how much greater would that master race be if we could also walk and didn’t need physical care?

“I have my doubts about the ethics – it would run the risk of creating a multi-tiered society similar to that presented in literary examples such as Wells’ Morlocks and Eloi/Vonnegut’s Harrison Bergeron. I take the view that eliminating weaknesses and selecting strengths are two sides of the same coin, and a slippery slope to some very nasty human inclinations.”

We can talk about altering DNA, but what if that alteration takes something away as well? What would we be willing to sacrifice to create some sort of perceptively and subjectively perfect human condition? Would we be giving up the flaws and vulnerabilities that ultimately make us human?

Read next: How medical augmented reality will seamlessly save your life

Read next: Apple is reportedly partnering with Visa, MasterCard and American Express for iPhone mobile wallet