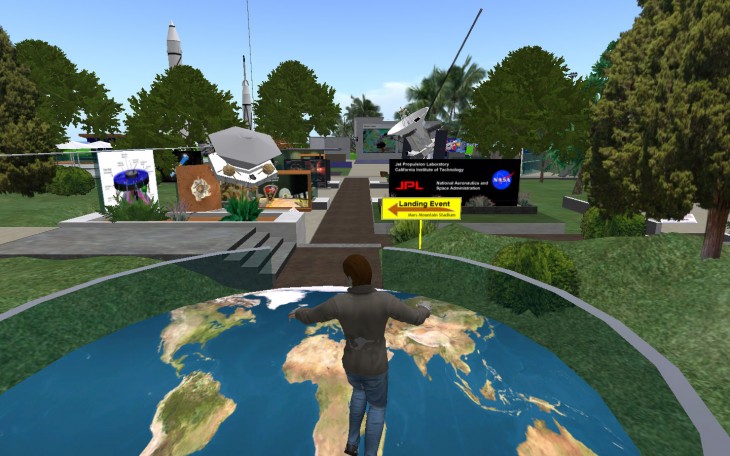 The virtual world, Second Life celebrated its 11th birthday last Friday. To the average person, Second Life is that thing they signed up for years ago, walked around for 10 minutes and never returned to again. But, the virtual world’s marketplace has been a boon for creators and now the company behind Second Life, Linden Lab, is building a new world from scratch.

Even the company’s new CEO Ebbe Altberg understands that in its current form, Second Life is a niche product. But, with 11 years of running a profitable business under its belt, Linden Lab believes it can create a new world that appeals to a wider audience. “It’s a massive project to do a new virtual world.  To start from the ground up we’re hiring 40-50 more people,” Altberg told TNW.

The new version of Second Life is still a ways off though. A beta is expected to be launched in 2015 with the final version expected in 2016. In the meantime, Linden Lab has already told its users that a new version is coming.

The current incarnation of Second Life is powered by its “creators.” Users that build, design, and sell virtual items. There are even land barons that rent “land” from Linden Lab, sub-divide the land and add their own features to the property. It’s a giant marketplace where anyone can make whatever they want with the in-service tools. Linden Lab wants to make those tools better.

With the Oculus Rift on the horizon, virtual reality might finally be hitting the mainstream. And while other virtual worlds have come and gone, Second Life has been constant. With an active user base of nearly one million users, the service has been updated with better graphics and speed over the years. But like its active user base, the technology has plateaued.

“With technology, market interest, hardware and software available, now is the time to give it another big shot. We have the experience to do it more than anyone else,” says Altberg. The new Second Life will offer more robust tools for creators. Games, designs, goods, all the things that make the current incarnation of Second Life the go-to place for current users will be part of the new world. When asked why not just update the current world Altberg said, “We’re not going to constrain ourselves with backwards compatibility.”

While it’s working on developing the new Second Life, it’s also working on Oculus Rift interaction. I tried a very early version of what that use case will be. Linden Lab is still working on how a UI how users will navigate the game with a headset on their face blocking the view of a keyboard.  Because of the resolution and latency of the Oculus Rift, I felt somewhat motion sick (I was told that there was possibility of motion sickness beforehand), but beyond the rising tide of uncertainty in my stomach, Second Life finally clicked for me. Years ago I logged on, flew around, got bored, and logged off. The headgear made the entire experience immersive and actually interesting.

That’s what Linden Lab wants. For those that tried the service before to return. To try Second Life as it was probably meant to be experienced when it launched 11 years ago. Over nearly a decade some of those users stuck around, they built and sold and created a community.

Now Linden Lab wants that community to grow and it’s throwing a ton of resources at that growth. Whether people will stick around is still uncertain. But with the Oculus Rift and Sony’s Project Morpheus, virtual reality is finally hitting the mainstream. It makes sense that the world that was built for it goes mainstream as well.

Read next: LG's G3 will launch in 4 Asian markets on June 27, then Europe, Middle East, rest of Asia in July