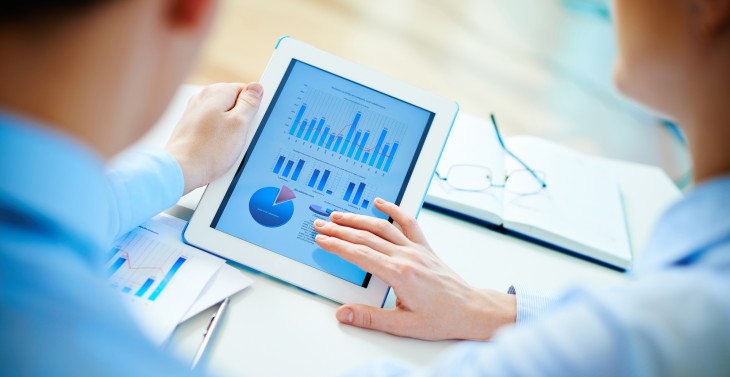 Marius Moscovici is the founder and CEO of Metric Insights.

After landing a $200 million credit line and acquiring music data platform The Echo Nest, Spotify is widely expected to announce its IPO in coming months. Spotify is a unique spin on the same fundamental formula that generated value for Netflix, Amazon, Groupon, Pandora and LinkedIn before it.

So what exactly is this magic formula? It’s simple, really: When a company uses data to personalize its inventory, it creates a better UX. This UX in turn draws in millions of users and investment dollars.

What’s the lesson startups can derive here? Value today is less about big sales and more about how many users a company continually engages using data.

Enterprise IPOs, traditionally valued based on the size of sales, will also become beholden to the “Spotify Effect”—the new gold standard that is based on a company’s success using data to find and retain users.

With 2014 poised to be one of the hottest enterprise software IPO years yet, business valuations will prove that it’s not about the size of the fish in your pond, but about owning the lake with the most users.

Every company is a data company

The new mantra for business goes something like this. Companies that win market share, win users. They use data on the back-end to personalize inventory on the front-end.

This personalization, coupled with built-in social capabilities, compels users to interact with the company’s software. A network effect takes place, and the company finds itself with tens of millions of (subscribing) users. The business is valuable; it goes public.

When it is used well, data is a guaranteed disruptor. Amazon used data to disrupt retail. Netflix used it to overhaul video rentals; Spotify and Pandora transformed radio. From retail to lending, other industries are undergoing similar evolutions.

The game has even hit the enterprise, where up-and-comers tie their value directly to their user base. Dropbox and Box’s virality make them hot contenders. Castlight Health, which went public on March 14, uses data to make medical charges transparent; Palantir makes its name by connecting intelligence agencies with the data metrics that matter most to them.

Valuing a company based on its data prowess is smart, because data is what will drive future value as well. Once companies have installed their big-data systems on the back end—and many by this point have—they seek an edge over the competition by experimenting with new applications for their data. Anything that will convert users into paying customers, build loyalty and prompt better pricing strategies is fair game.

Data is feeding the business IQ

Users have spoken. They like personalization, and that boils down to data. The more that companies can refine their use of data, the more they stand to gain. And as Amazon’s Fire TV has recently shown, the more channels that users can consume data from, the greater the opportunity for ROI.

That applies to enterprise users as well. What’s the point of installing a $2M operations digitization system if only four people use it? Everyday users, whether consumers or workers, gauge the value of an app based on how useful it is to their day-to-day lives.

The next batch of possible enterprise IPOs, from Box and Dropbox to Github and RelateIQ, will prove that having big fish on your closed-sales list matters less than the network of engaged users you establish.