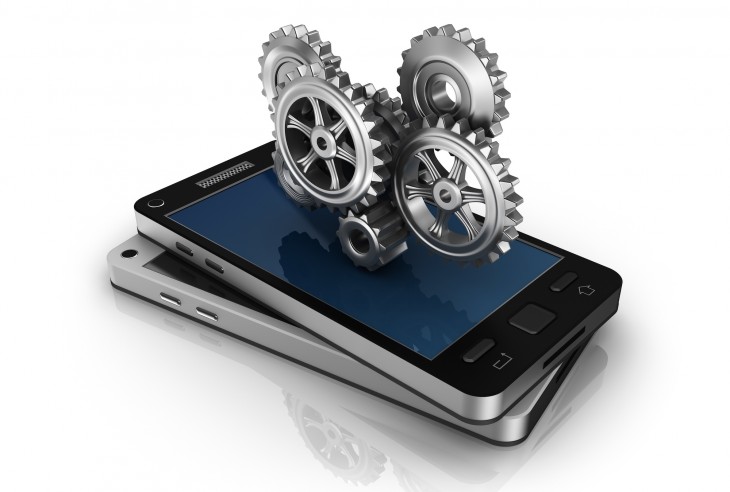 Jeremy Rappaport is a writer at Fueled, the leading iPhone application developers and masters of mobile design in New York City. This post was originally published on the Fueled blog.

Everyone knows about the big names:  Angry Birds, Candy Crush, Facebook, Twitter, Uber, Instagram. Countless others have transformed mobile apps from a millennial phenomenon into something even old ladies use with their bridge club. App development has become a multi-billion dollar industry with seemingly endless potential.

So, how does an entrepreneur enter this business?  How do you build an app?

Rameet Chawla and Ryan Matzner run the show here at Fueled, a New York City development shop famous for working with both startups and high profile enterprises.  M-commerce (aka mobile commerce) apps built by Fueled have generated a quarter billion dollars in sales in the past year.

Between their decade-plus experience in the technology industry and close connections to hundreds of startups in NYC–including the 25-odd companies operating in Fueled’s co-working space, Fueled Collective–Chawla and Matzner have a deep understand of how to build successful apps.

If you know nothing about development, however, you may want to think long and hard before partaking in such a ambitious endeavor. Here are some things to consider.

How do I find a good developer?

Assuming you don’t know any recent graduates from a computer science program, or just want to find a development shop that will produce quality work, Chawla has a few pointers on which criteria they should meet. One simple starting point, he says, is to find agencies that have either won awards or received ample press in tech-related news sites or blogs.

“Also, if their apps have a heavier programming or coding component to it, they don’t necessarily want to go after an agency that only has experience with more simplistic apps.”

Are there any companies that have part of a project done before they go to a dev shop?

“We call them ‘rescue projects,’” Matzner says, “where people have started elsewhere and they end up coming to us because they realize that these promises someone else made were completely empty, or they didn’t know about us when they started and they’ve figured out some pitfalls with their current setup. And so they’re looking for someone who can actually finish the app and get something released. Or, they’ve released something and it just doesn’t work and has one star in the App Store, and they need help fixing it.”

Matzner explains that starting the product on your own is not impossible, but doesn’t almost certainly won’t have the same polish and quality as a product built by an interdisciplinary team of skilled professionals. Not to mention the fact that the features themselves will almost certainly be different in the absence of the feedback a skilled product team brings to the table.

What is the basic setup of a development team, anyway?

Ryan breaks down a group of team members in a way we can all understand.

“A development team is not just a couple developers. It’s a much bigger team that makes everything operate. It’s sort of like if you think about a Broadway play. You have the actors on stage, but then there’s a whole bunch of stuff happening behind the scenes. An app that gets built properly is sort of similar.”

In addition to developers, a team will almost always include one or more designers, who create all of the visual content to be coded into the project. Account managers, along with acting like a liaison for clients, work with product managers or producers to coordinate the completion of different tasks. Product managers are a bit like directors–they are responsible for the overall vision of the app.

The stereotype is that designers and product managers are easier to find than developers, but when it comes to high-quality talent, finding good people on the creative side can be just as difficult.

What is the cost of an average app, and why?

“If you break it down, it’s basically 120 hours of work per week, times an average of 8 or 10 weeks. You have two developers working full time (that’s 80 hours), and then you have a designer and art director working half-time (that’s about 20 hours), and then you have a product manager and an account manager coordinating. And that’s the another 20 hours. And so that’s where you get 120 hours from.”

If that sounds unfeasible, you can always go a cheaper route and hire a freelance developer, though quality can be highly variable and anyone unfamiliar with programming may have a difficult time properly assessing the quality of a developer.

“Anyone who’s saying that you need less time than [8-10 weeks], or can do it significantly cheaper is cutting corners somewhere,” says Matzner. “Hiring a freelance developer online who’s in some far-off land and you’ve never met can be tempting, but will they really be able to properly interpret your vision and build the app you’re expecting? I’ve met a lot of people with stories of heartbreak and frustration with time and money wasted.”

But that’s not to say success is impossible. However, expectations should be tempered. According to Matzner, the most common success story involves a good beta-test or proof-of-concept that is good enough to get another round of funding and maybe even attract some press, but ultimately needs to be rebuilt from the ground up by a more experienced team.

Costs can depend on the type of project you wish to complete. Games are consistently among the most expensive products, since they usually require the most complex coding. The cheapest apps often fulfill one specific purpose, such as a calculator or flashlight. Other complexities are apps that require multiple interfaces for different users (think drivers, passengers, and admins on a taxi app, for example).

Is your app tying into a third-party API? Are you using standard iOS elements or something completely custom? Are you leveraging existing technologies or inventing completely new ones from scratch?

Building a robust social network can be incredibly complex (just think of how many employees Facebook has!). But if you start with a proper MVP (minimally viable product) many of these issues can be mitigated, but it often means putting rand plans and expansive feature sets on hold for an initial launch.

There is a negligible difference in price between the construction of iOS and Android apps, although Android can sometimes cost a little more. This is due to the wider range of devices and operating system versions that an app needs to be optimized for.

Of course, there’s nothing stopping you from getting a tech-savvy friend to do this kind of work for cheap or free. However, odds are it will be incredibly difficult to find someone willing to ignore the tens of thousands of dollars they could be making for a single app working for someone else.

“A lot of people say, ‘Oh no, that’s kind of crazy. It shouldn’t cost more than 50 grand to build an app’,” says Chawla. “Well, go ahead and try and hire an iOS developer, a backend developer, a designer and a product manager. With even $50k, if you’re paying a competitive salary, you’ll last two months, maybe less.”

Read next: Apple finally seals deal to buy PrimeSense for as much as $350 million (Update: confirmed)