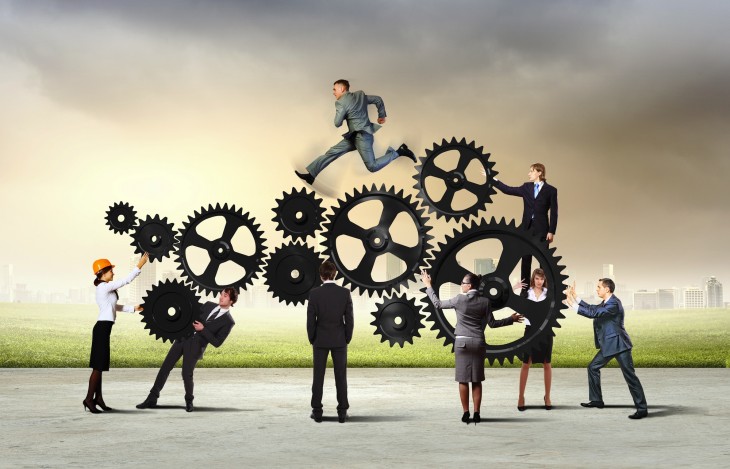 Sinclair Schuller is the CEO and co-founder of Apprenda. Prior to Apprenda, Sinclair held positions at Morgan Stanley, Eden Communications, and consulted for the State University of New York’s (SUNY) vast IT systems.

Why are the so-called “alpha developers” all the rage right now?

In a recent business trip to San Francisco, I heard the term “alpha developer” over and over again, and it has officially driven me crazy.

As described to me by a recent college grad, an alpha developer is a “badass” (used loosely – I tend to take my “badass” queues from “Sons of Anarchy”) developer in San Francisco who builds cool apps like SnapChat. They earn six figures working for hip startups with award-winning office spaces featured and offer $10,000 to build out their workstation. Kombucha is on tap, not to mention that you may brush shoulders with developer superstars like Kevin Rose.

Before we move any further, I’d like to introduce myself. My name is Sinclair, and I’m an enterprise developer.

While alpha developers are portrayed by the digerati as gods, enterprise developers have been stereotyped as uncool, pocket protector-wearing Dilberts that work in large companies building boring apps.

Even Apple has played off of this stereotype in the company’s Mac v. PC commercials. And after seeing that ad, who would you rather be: Justin Long or the geeky Bill Gates double?

Alpha vs. Enterprise: The major differences

It’s time to have an honest and admittedly tongue-in-cheek discussion about the differences between alpha and enterprise developers in hopes of balancing out some of the media bias.

Now let’s take a look at each type of developer through the lens of output.

Alpha developers write apps that provide entertainment and satisfaction to consumers — think of photo apps like SnapChat and Instagram. Both apps allow users to share photos and videos with friends and are really fun.

But beyond entertainment value, what else do those apps offer? If SnapChat doesn’t work, will the world end? No. The only repercussion will be some negative social media comments complaining how the app is down. It’s the loss of a luxury, not a necessity.

On the other hand, enterprise developers write apps that will never be seen by the general public. These apps power Fortune 500 companies and enable processes that deliver real-world value and directly affect bottom-line revenue.

Speaking from personal experience, I developed an application for the State University of New York (SUNY) Finance System that was responsible for managing finances across all 64 campuses and hundreds of thousands of people, and assisted vendor management and procurement. Each campus relied on this technology to literally keep supplies coming in the door and manage finances.

Medical app developer from AmerisourceBergen built an app that serves as the foundation of the company’s oncology suite. This app is used by doctors and nurses to help cancer patients and arms them with intelligence on every aspect of patient cancer care from treatment decisions to drug administration.

Want more? Just look to the banking world, a world that I once worked in as a developer, where transaction software ensures that your paycheck is deposited correctly and you can withdraw money from an ATM machine.

None of these apps may ever end up at the top of tech blogs or on the front page of Hacker News, but they ensure one of the largest public universities and a Fortune 100 company can operate efficiently and make a difference in the real world. In my opinion, this infinitely cooler than the next app that lets you take an unlimited amount of selfies.

Don’t you want to make a difference?

Not to discredit alpha developers completely. Some have also built apps that are useful in business settings, with Evernote as an excellent example.

However, when you compare more established apps like SnapChat to the AmerisourceBergen oncology app, it’s clear that one delivers entertainment, while the other delivers real-world value.

Hopefully, this article has inspired you to have a different take on enterprise developers. Enterprise developers dedicate their professional lives to developing apps that do more than display where all the single-source espresso shops are in San Francisco’s SOMA district. They build apps that ensure cancer patients receive the right treatment and airplanes can fly safely. We may not get the glory, but we certainly make a difference.

With enterprises building more software than ever before to create new and exciting services and customer experiences, I’m glad to see cloud computing, specifically Platform as a Service (PaaS), recognize this trend. If you are thinking about developing the next great app, consider the shift emphasis to the enterprise developer. It’s just as rewarding, and you can buy your own Kombucha dispenser afterward.