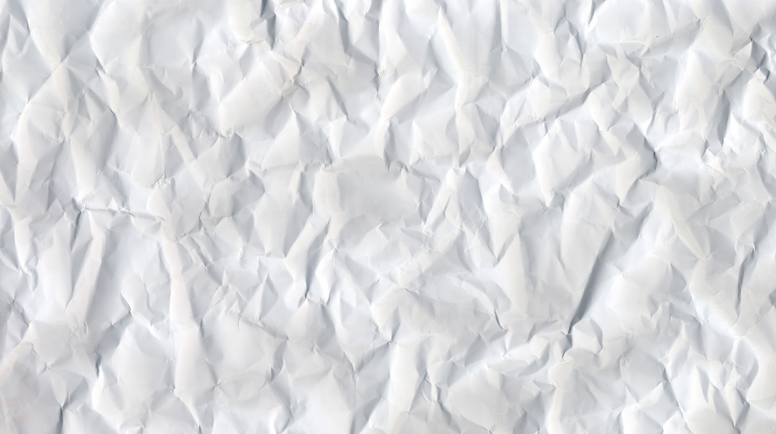 It’ll be a long time before books are completely finished, long after physical magazines die out, simply because there is, sometimes (not always), much more timeless content packed inside them. As a writer, the permanency of a book still feels so special when compared to a blog post or even a novel on the shelf of my iBooks app. That’s not to put down digital publishing or the post.

There’s a strange lack of permanency when it comes to digital design that never moves into the physical world. Into print. Maybe that’s why book covers are one of the most impressive areas of design, because creators know it’s not a WordPress theme that’ll need a refresh next year.

The Web, with all its advantages, never stops changing. More than anything, it’s because we don’t want it to stop. Refreshes, redesigns, new looks — this is what we crave. Trends in almost every industry are moving faster because of the Internet. In plenty of ways, it’s for the best. I’m glad Google keeps trying to refine its experience. Apple’s own Website once looked like crap. Even if we compare Apple.com’s current incarnation to what was online a few years back, we’d see a very distinct difference.

That’s often why the Web is so great, it’s changes. But it also alters the way we make and consume content.

Something I’d once sit and read in a magazine, I now skim online. I focus on headlines more often than anything else, adding the story together by bouncing from publication to publication. I do read, believe it or not, but it’s only practical to do much more skimming.

It’s the same for design too. If I find something I truly love, I try to study it briefly, maybe bookmark it, and then never see it again. Old favorites stick with me, like the work of masters (A.M. Cassandre for example), but other than that, it’s gone. Poof.

I’ve re-read many of my pieces here on The Next Web, but usually on the same day to check typos or during the same week to revisit my thoughts. When I first started contributing here over a year ago, I’d save everything I wrote as a PDF and even made my girlfriend and parents read it, but the more often I wrote the less often I saved.

When I started freelancing as a designer back in high school, I kept every single step I took and mockup I made. I saved everything and kept a clean archive of my work. Now, I’m less compelled to do this, even though I don’t freelance nearly as often.

It may be because I found a design process I’m comfortable with, but more than anything I feel that my work is more throwaway than ever. Not because of quality, but because of how we consume. The only thing that seems to really last now is a logo. That sticks with companies for a while.

The Web is at an interesting point in its life. It’s still an infant regarding design. Typography is only just now truly arriving, despite how ridiculous that sounds after more than two decades of nothing but Georgia, Helvetica, Comic Sans, Arial and Times New Roman. The Web is finally becoming as beautiful as print, because before, or at least 5+ years ago, the Web couldn’t be evaluated with the rest of the design community. A book cover, poster or identity was impressive because that’s what it really was. A Web design was impressive because it didn’t look terrible.

I’m glad we’re moving away from that.

But as the Web continues to evolve into perhaps one of the greatest opportunities and challenges designers have ever had, will it become more permanent? The works of giants like Milton Glaser are well-made enough to stay that way for quite a long time. Although it’s said that Paul Rand once asked FedEx if he could tweak the logo he made for them after decades of use, I bet his original work could have lasted another 50 years without a hitch. The same goes for iconic designs like New York’s “I <3 NY” campaign. Did that need to be rethought? Did the heart need a more realistic look and shine like an iOS icon requires?

Will even the most gorgeous of gorgeous iOS icons made today last for more than 5 years? Probably not. In fact, they really don’t stand a chance. They’re too closely tied to a trend, and most importantly, they’re too closely tied to iOS, which evolves at Apple’s whim. It’s hard to know if this is a good or bad thing. There’s no doubt they serve a purpose, so at least we have that.

The bloggers I talk to are comfortable with their writing following the role of a newspaper; serving a daily need, with the most special things clipped and saved for later. But design, or at least quality design that takes time and talent, has the potential to last. Or rather, even if a design’s use was only very temporary, shouldn’t we still have a chance to look back on it — even if we don’t really have enough time in a day to do this? In 50 years, if the Web still exists at all, how will we admire this work? The most beautiful of all the things we create? Will we save a JPG?

Given how important history is, I hope we can find a better way than that.