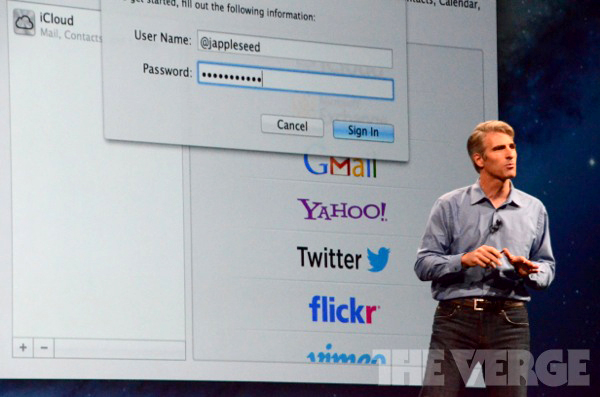 Not a fan of the new bird-only logo for Twitter? It seems that you’re not alone. Apple appears to believe that Twitter needs to bring back some text for its logo as well, as evidenced by it adding the Twitter text beside the logo during yesterday’s keynote.

It’s worth noting that some folks saw the transition as a power move from Twitter. As Armin Vit noted over on Under Consideration:

“Twitter has achieved in less than six years what Nike, Apple, and Target took decades to do: To be recognizable without a name, just an icon.”

But Graham Smith of imjustcreative sees things a bit differently:

“I’m personally not sure so on this part of the plan due to the prolific nature of 3rd party generated Twitter birds. The Twitter word mark, at least to me, was just as solid a part of the Twitter brand as the Twitter Bird, but do fully agree that the initial T is surplus to requirements.”

Smith goes on to talk more about the possibilities of why it happened, as well as the implications of removing the name from the brand over on his site. Drop by and have a read, as he definitely has some great points.

Read next: Amazon seems to be taking a gigantic cut of self-published profit for "delivery" of ebooks