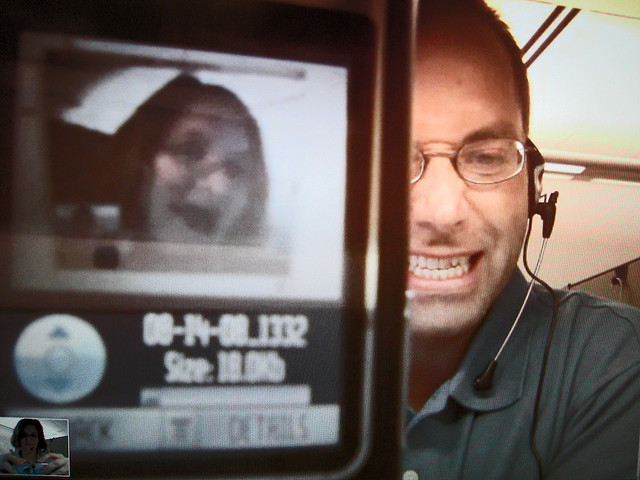 Building a great interactive experience in an app is no small feat, especially for tiny teams with limited resources. The task gets tougher when companies start “reinventing the wheel” by having to piece together their own versions of features like chat, photo editing, and video conferencing.

TokBox, a company that has been working on video conferencing technology since 2007 has released an SDK for developers to use in their iOS apps if they’d like to make them more interactive.

Imagine how many apps there are out there that could benefit from face-to-face video technology but haven’t had the resources to build it out on their own. With this release, TokBox puts itself in a definite leadership position when it comes to video conferencing on iOS.

Wouldn’t it be cool to see apps like Words With Friends integrate the ability to speak to the person you’re playing face-to-face? If Zynga chooses to do so, they won’t have to build the technology for themselves, thanks to TokBox.

Here’s what Ian Small, CEO of TokBox had to say about the launch of its SDK:

The technology barriers for building an app with live video were prohibitively high, hence the low number of apps. The OpenTok iOS SDK removes all barriers, so no matter what kind of app or service you are building, and no matter whether for iOS, Mac or PC, adding live video can now be done in seconds.

The word “seconds” is music to a developer’s ear. Being able to incorporate this type of functionality with a few lines of code is extremely empowering for smaller app shops.

Developers won’t have to go through a lengthy registration process, all they have to do is sign up for an API key and TokBox has published all of the documentation to get started here.

The TokBox APIs allow users to chat with one another from mobile to device to mobile device, or mobile device to desktop, so if a company has both web and mobile apps, this would be a phenomenal feature to add to keep the two experiences joined together for its users.

The company has gone through a bit of a pivot from over the years, now focusing on being a solutions provider instead of a destination site. In its infancy, the product showed amazing potential, and it’s nice to see the company turning all of that hard work into useful features for a community of developers.

Read next: Iceland is embracing open source for public administrations and schools