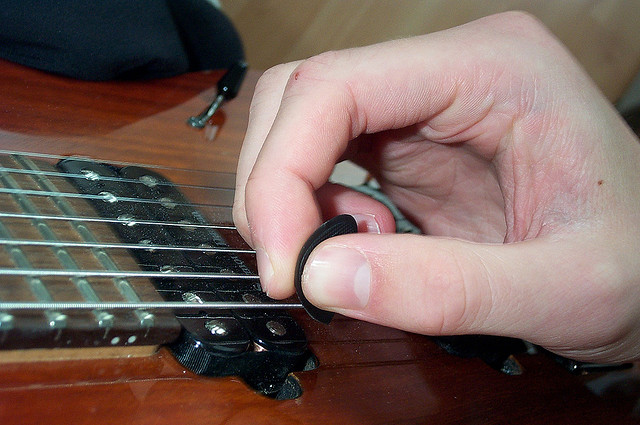 If you’re an iOS or Android app developer and have built something that you’d like people to share photos on, you know how plain and vanilla the default photo sharing functionality is for an app.

When using one of these apps, the only choices you get are your photo stream and camera roll, which pretty much consists of the same pool of photos. What about the photos you’ve shared directly to Facebook, Flickr, Picasa, and Instagram? Unless the app developer has taken the extra steps to build in functionality to grab photos from those services you’re out of luck, until now.

The startup Chute has built a pretty epic service for developers that will make the photo sharing experience way better on just about any app. It’s called Photo Picker+ and by using its SDK and a line of code, any application can instantly pull photos off of other social platforms by allowing users to log in and authorize the app to do so.

Here’s what we’re used to seeing on most iOS apps when it comes to grabbing a photo for a profile picture or any other function asking for a picture:

Using the Photo Picker+ SDK, photo pickers in apps could start to look something like this:

Not only is this a better experience for app users, it’s a great way for developers to get more engagement on their respective services. The SDK requires no programming whatsoever and just takes a quick swap of the photo picker code within the app.

Check out the demo of Photo Picker+ below:

Photo Picker+ is completely free for developers to use, all you have to do is sign up for a Chute developers account and download the SDK. There’s pretty much no downside for developers to start using the service and I suspect that we’ll start seeing it pop up in a lot of social apps for iOS and Android soon.

“How will it make money?” is a question that we should ask, but I’m sure that Chute has something in mind.

Read next: Mountain Lion's new Messages app is great, but it has an alert overload problem