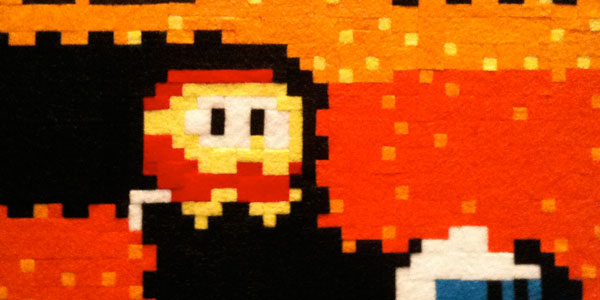 The “depixelizing” algorithm, as detailed in this research paper, has shown a great deal of promise. It’s capable of determining the curve lines from single diagonally connected pixels, and the shading is quite natural and effective.

Here’s one image from the report with the algorithm’s output on top and the original pixel art at the bottom:

There are problems that prevent this algorithm being used wholesale to update older Nintendo games and their contemporaries. It always smooths images out in a curvaceous manner, giving even the dastardly Space Invaders a Hello Kitty appeal. Perhaps with a similar algorithm that outputs sharper vectors, nostalgists can make conversions on a sprite-by-sprite basis.

Read next: Ashton Kutcher's Biggest Investment Yet is in Airbnb