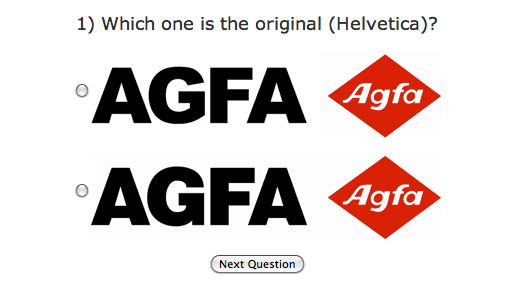 Since 1982, when Arial was designed to avoid Helvetica licensing fees, a war has raged within the design community over each font’s superiority. Actually, that’s a lie: more like (understandable) one-sided insistence that Helvetica trumps Arial every time.

But the question is, can you tell the difference?

No doubt seasoned designers and typographers can tell in a split-second glance, but I’m not convinced that the horde of haters can. Put your skills to the test with the Helvetica Quiz.

Read next: Google net income down as it sets aside $500M for advertising probe