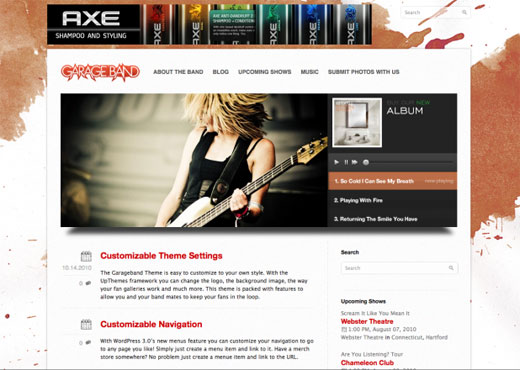 UpThemes has released the options framework that powers its premium line of WordPress themes on GitHub, according to an announcement.

UpThemes says they’ll be developing the framework in conjunction with other theme developers from now on — like WordPress itself, anyone will be permitted to submit a patch for consideration.

Chris Wallace, the founder of UpThemes, says that the biggest motivation behind the move is the fact that WordPress itself is given freely in every way, and that has helped it become the leading CMS.

“The UpThemes Framework is an extension of WordPress so we wanted to provide a place to contribute to the project for the betterment of all theme developers. The framework has always been licensed under the GPL, making it free for developers to use in other commercial projects, but in order to promote active development and usage, Github is a solid choice for building a community around it, which makes it easier for folks to contribute,” said Wallace.

Wallace isn’t worried about assisting the competition — other premium WordPress theme shops. He points out that 8bit have already integrated the UpThemes Framework into two of their themes, and he’s happy about it.

“The goal with making the development a community project is really to help spark more innovation with WordPress themes and help further a blossoming industry through collaboration,” he said.

UpThemes has plenty more in store for the next few months, Wallace told me: they’re launching a new website in the next few weeks, and planning the release of a Tumblr-style theme framework with multiple child themes.

“The framework will work with the new WP post formats, Express app, and Wootumblog from Woothemes.”

UpThemes is definitely one of the rising stars in the WordPress community and one to keep an eye on.

Read next: Without question the two funniest parts of the Royal Wedding [Video]