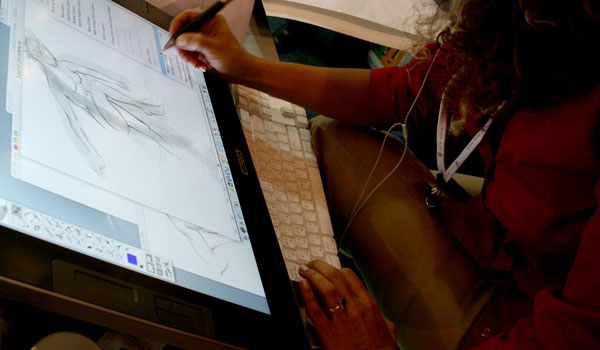 The momentum of trends have always been a part of design, well before companies started advertising positions for web designers. But has the web contributed to the increasing homogenization of design?

In the last year, closed, invite-only communities for designers have sprung up on the web. Despite their exclusive nature, sites such as Dribbble and Forrst have stolen the spotlight from older, more easily accessible communities such as Behance.

With their fame, they have — inevitably — attracted criticism. The most common point is that they seem to contribute to the homogenization of design styles, at least within their communities. Dave Gamache, an interaction designer at ZURB, wrote last month that the criticisms hold weight to a certain extent.  His conclusions?

“The “popular” filter surfaces some fairly homogeneous results, but why not try the “everybody” filter? Honestly, the general quality of work is so high on Dribbble, you’re bound to find some treasures anywhere you dig in.”

Despite its exclusiveness, there’s quiet a variety of work on the site. But the same can be said of the web as a whole — dig hard enough, and you’ll find things you’ve never seen before. What the wider community allows to rise to the top, though, tends to share similar elements and adhere to the flavor of the month.

This effect is groupthink manifested. Groupthink is frequently used as a criticism, and rightly so — the only thing to be found in a community suffering from severe groupthink is stagnation — even though most who use the term don’t understand its roots.

The term, coined by journalist and urban planner William H. Whyte in a 1952 Fortunate magazine piece, wasn’t defined in academic literature until the 70s, when research psychologist Irving Janis defined it as “a mode of thinking that people engage in when they are deeply involved in a cohesive ingroup, when the members’ strivings for unanimity override their motivation to realistically appraise alternative courses of action.”

After a decade of praise for the Internet as a place for creative diversity, it’s not surprising that accusations of general homogenization would be leveled at sites such as Dribbble. Exclusive communities make belonging a currency of sorts, where it takes either fame or hard work to be accepted. The harder it is to get into a community, the more fearful people are of potential ostracism.

And there are well-known, highly skilled designers who have been waiting for their Dribbble draft since it launched a year ago.

The reason Dribbble makes it so hard to get in is purportedly to keep the quality of work submitted high, and to set certain standards. It’s clear that they’ve succeeded: when you look at that Popular page, the first thing you’ll see when you go to the website, the quality of design is great. The problem is that there’s a certain sameness to everything you see.

While those behind Dribbble couldn’t be reached for comment, Kyle Bragger, who created Forrst, says he sees his fair share of copycat work on the site, but doesn’t think it’s a result of the model.

“I’m not so sure it’s related to an invite-only model so much as it is, at least from my perspective, something that is bound to happen in the industry. It’s great to see aspiring designers simply emulating the prevailing style of the hour, but at the same time, it feels like their time could be better spent,” says Bragger.

“We’ve definitely seen our fair share of iOS icon redesigns, GUI kits, and Lobster. We can only serve to help guide our users into sharing things that can generate more substantial discussion and critique, such as through our guidelines and our interactions within the community.”

There’s a flipside to this theory of groupthink in the design world. It’s not just embodied in safe voting choices, but in the process of creation itself. Designers — more than would admit to it — cling to these safe choices in their own work, not wanting to attract criticism or rock the boat.

The technically talented but not particularly original have long been the core of the workforce that keeps commercial-creative ventures going. The truly revolutionary artists in design, music and literature simply don’t care what others think about their work: they create what pleases them. Their lack of the all-too-common artist’s ego is, ironically, puts them at the top of their field — though it often means they have more disasters than their less inspired contemporaries, their successes shine a lot brighter.

Brandon Jones, who is the editor of Webdesigntuts+ and has made over $250,000 selling themes, says he sees the rise and fall of trends all the time in his work. But his take on whether rampant copycatting in the design industry matters or not is a different one. “Homogenization schmogenization,” he says.

Jones’ approach to creating themes is to look at a combination of the best design ideas, scripts and backend functionality around at the time and turn them into a cohesive product. The challenge, he says, is that what constitutes ‘the best’ changes from one month to the next.

“Perhaps that’s the difference between a designer like myself — who likes to dabble a little bit in everything — versus a developer that’s happy spending entire months of his work life focused on learning how to write advanced Javascript from scratch. Those guys innovate like crazy, and I give them huge amounts of respect for doing so, while I’m trying to find ways to put their ideas to use as part of larger scale projects.”

Individual trends — noise backgrounds, highlight borders, League Gothic all given as examples of the moment — are what users consider to look modern and ‘hip’ at a given time, but it’s the process of combining them into something that works that’s a real work of art.

“Where unique ideas come into play is during the “integration” process – where I’ll try to bring all of these incredibly useful ideas together under one roof. The act of curating a disparate set of visual ideas, scripts, and layouts into a single, meaningful web design is an art in itself,” says Jones.

“If you were to take a snapshot of the human race at any given point in time, you’d probably see so many similarities that you’d call our species lacking in creativity. “Sigh… everyone has 2 arms, 2 legs, and 20 digits… how mundane.” However, if you were to step back and look at the entire process of evolution, you’d see our race for what it actually is: just the current state of a rapidly changing species. So, are we actually homogenized? It just depends on how much time you are willing to spend on observation.”

Jones believes that you just have to do your best to create designs that resonate with people using the tools available to you at the time. Sometimes you’ll run into something new and timeless while you’re playing with ideas, and perhaps one or two of those times you’ll even spark a new trend yourself — but it’s not something to focus on.

“Popularity is a moving target. One day you’re a rock star, the next you’re on VH1,” says Jones, and he goes on to point out that by the time you’ve come up with a fresh new idea that actually works and moves units, others have jumped on several ideas that have made them a lot of money and already run their course.

“Imagine spending 400 hours on a web design, only to launch it and have it copied to high heaven by hundreds of other designers within a month. I remember when the Campaign Monitor design came out first – people loved it! Within a month, there was a copy-cat WordPress theme for it up on ThemeForest… then there was another, and another, until people that used that design couldn’t sell it for a buck. That’s how quickly unique ideas get devoured in our industry.”

In Brandon Jones’ opinion — one worth listening to, as his revenue as a solo theme designer far exceeds the average designer income — you should approach design as a solution to a problem, and good design will happen around that.