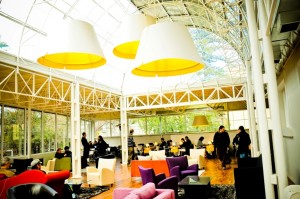 Budding game designers take note: independent game Minecraft hasn’t even left beta yet, and according to creator Markus Persson, it has already brought home around US$33 million in gross revenue.

In a thread on Reddit, Persson — who goes by the username xNotch — invited redditors to ask him questions about Minecraft and the indie game business. The thread reveals quite a bit of interesting information about the game’s income, and Persson shares some advice for independent game developers who are just starting out.

“Start with just making games to get used to it. Focus on the details. What makes a jump animation feel good? What is a good main menu? Try to finish a few projects.

The language you choose only matters once it comes to distribution. If you want to end up on consoles, you pretty much have to write the game in C or some variant thereof.”

I posted about the game on a few forums I used to frequent, and people from there started playing it.

And on the subject of whether he’d recommend releasing unfinished games as they’re being developed for others, he says:

I think it’s a great way for a small studio to do game development. It might not make sense for all types of games, though. I’d definitely want to release future games in the same way. Developing in the dark is scary and probably wrong.

Small projects like Minecraft almost exclusively earn their success through word-of-mouth, and opening up the development process for your customers to watch seems to be an effective way to get the ball rolling.

While such a relaxed approach to marketing isn’t likely to work for others in the explosive way it has for Minecraft, it’s always worth listening to the story of someone who succeeded when you’re trying to figure out what will work for your own projects. Check out the full thread for further reading.