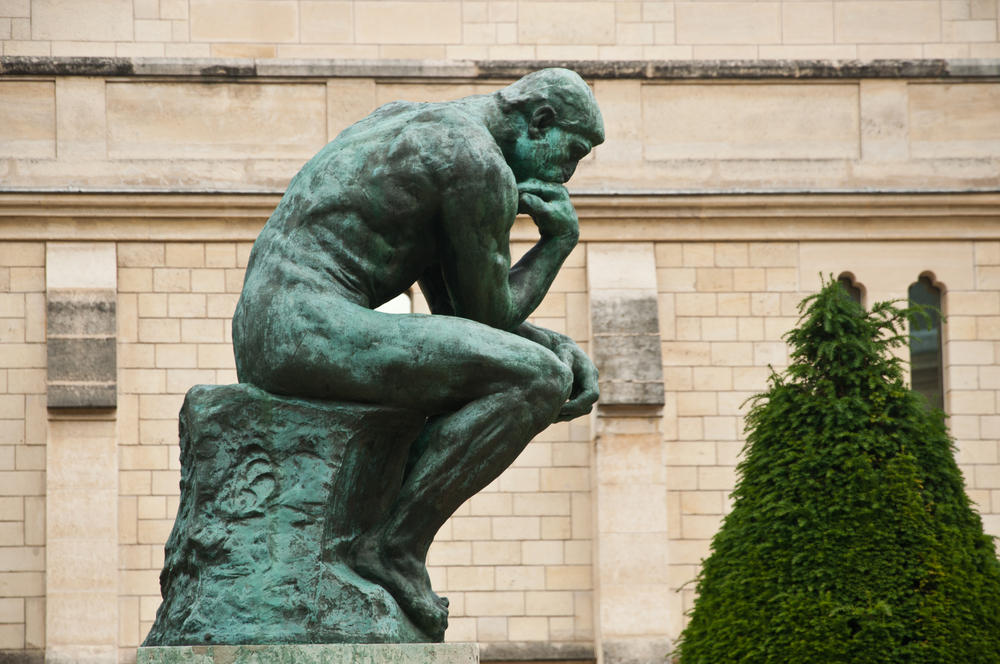 It’s not always easy being the one who asks the tough questions. To be the one scratching your chin and saying ‘why doesn’t this work for me?’ whilst everyone around you high fives. But questioning, constructive criticism and scepticism are key to improving both creative productivity and creative quality.

In fifth century BC Athens it was common to see sophists speaking at public gatherings. Sophists were the madmen of their day, skilled at encouraging audiences to buy into their thoughts, ideas and belief systems.

A young teacher called Socrates started taking part in these debates and over time became very good.  So good that respectable Athenian society christened him the ‘wisest man in Athens’.

That wasn’t a label that sat well with Socrates. He thought the sophists were wrong. For him, being wise wasn’t about proving your ideas were right or showing off how much you know. Being wise, he thought, isn’t about knowing anything at all: “the only true wisdom is in knowing you know nothing” he said.

Socrates’ philosophy revolved around a form of scepticism that came to be called the Socratic Method – a system of questioning which involves scrutinising a topic from a position of ignorance.

The objective of Socratic questioning is to build understanding of a topic and reveal something about it – even if it reveals that we don’t know quite as much as we thought. When used effectively the Socratic Method can challenge dogma and entrenched views. It can help us question opinions that we thought were certain.

How best to nurture ideas?

Sometimes – and especially in an environment that’s supposed to encourage creative thinking – we’re told that questioning and criticizing can be detrimental.

Creative brainstorming and problem solving is one such area where traditionally it’s frowned upon to question other people’s ideas. ‘No idea’s a bad idea’ goes the mantra. No holds barred creative freewheeling where no one feels inhibited by criticism is thought to be the most productive approach. But is it?

In 2004, researchers at the University of California, Berkley wanted to examine the role of criticism in creative brainstorming. They wanted to ask – does criticising the ideas of others help or hinder creative productivity?

The researchers recruited 265 students and split them into 52 groups.  Each group was asked to complete a challenge: to together, generate as many ideas as they could on how to reduce traffic congestion in the San Francisco Bay area.

A third of the groups were told not to criticise each other’s suggestions whilst another third were actively encouraged to pull each other’s ideas apart – although to do so in a constructive way. A final third group were not given any instructions either way.

The researchers found that being critical in no way hindered the creative process – and in fact with most groups, it helped. They found that the group told to criticise each others’ creative ideas outperformed the other two groups in terms of the number of ideas generated and the quality of those ideas.

In a chapter headed, ‘Kill Ideas Liberally’ Belsky talks about the importance of creating a positive critical environment for ideas generation – whether you’re working on your own or in a group. He writes that whilst new ideas are great, getting distracted by them can throw people off course. Whilst it’s brilliant to have super enthusiastic people around you, it’s also important to have a quota of sceptics who ask the hard questions.

Belsky explains how Walt Disney managed the creation of new ideas and stories for his company’s films. A man known more for his boundless creativity than for his scepticism, Disney developed a strict ‘three rooms’ process to ensure film ideas were creatively brilliant and structurally sound.

Each room was a physical space where Disney’s creative teams bring ideas from conception to execution. In the first room, Disney gathered together all his creatives and told them to have bold, wacky and downright crazy ideas. In this room, the imagination was allowed to run riot – no criticism allowed.

In room two, things got more sensible. All those ideas were gathered together and vast storyboards were collated from everyone’s ideas.

But room three was where the real work took place. Dubbed the ‘sweat box’ this was where all the various story ideas were critically reviewed, questioned and generally pulled apart. Since no one person had ownership of a whole storyboard it never got personal and nobody felt protective over their idea.

Regardless of your creative endeavor and whether you work in a team or on your own, achieving a balance of freewheeling creativity plus hard-nosed interrogation (which doesn’t let cynicism get in the way) has got to be good for creative productivity and creative quality.

As Belsky writes, “every creative person and team needs a room three.”

➤ This post originally appeared on On the Write Track

Read next: You suck! Now what? The psychology of handling criticism

Read next: 6 services to help you slay your last minute Valentine's plans