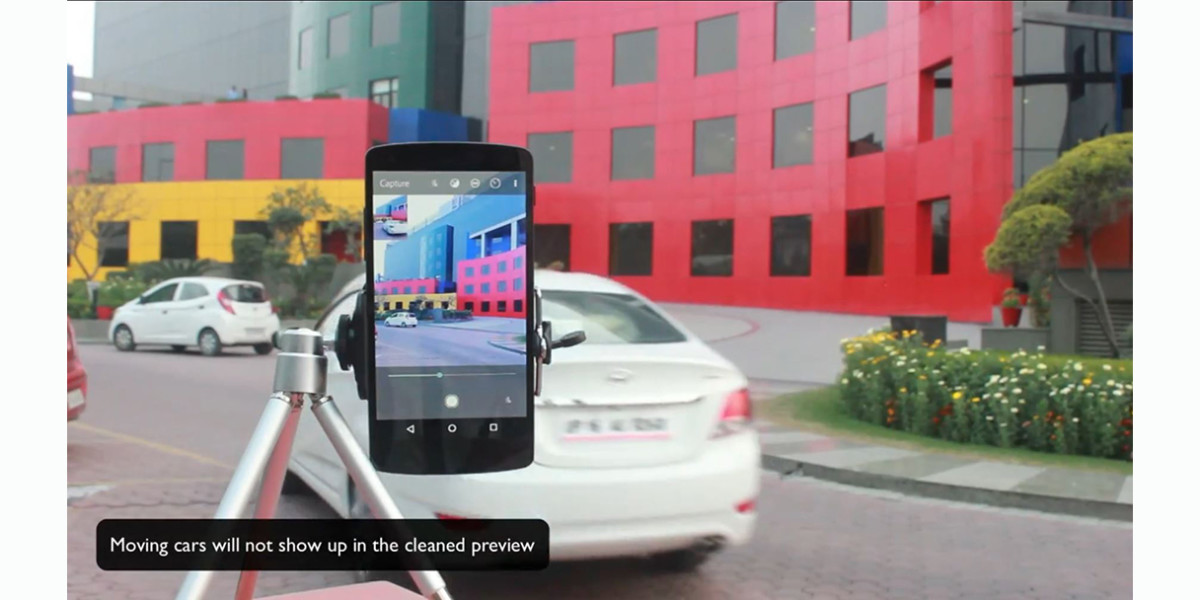 Adobe’s MAX Creativity conference is famous for its keynotes — but in some circles, it’s even more famous for its signature ‘sneak peeks’ an event where the company gathers the attendee crowd to ooh and ahh at brand new code-named ‘projects’ and not-ready-for-prime-time technology that Adobe is working on.

This year is no different. And among 11 ‘sneaks’ that topped off Day 2 of the conference are several major imaging features designed to assist photographers of all levels.

Monument Mode: Did you ever try to shoot a photo of some national landmark? The Eiffel Tower, the Alice in Wonderland Statue in New York’s Central Park or the Golden Gate Bridge? Getting a great looking photo can be a challenge because of the vast abundance of people milling around.

Monument Mode employs a new algorithm to distinguish moving objects from fixed ones, and the latter are eliminated in one click.

3D Portraits: Photoshop already can convert photographs to 3D images, but the process now involves a series of manual steps. New 3D portrait tech under development can recognize facial elements, eyes and mouth and other features. It can quickly and efficiently automate much of the process of turning photographs into printable 3D images.

Defusing Photobombs: You’ve got the perfect shot of your family at a picnic, but before you even know it,  there’s some stranger in your picture. Today, that’s called a photobomb and these can annihilate your image. Photoshop already has content aware features that give photographers the tools to remove distracting elements from your images. Now, the company is using an artificial intelligence engine and accumulated data to eliminate these annoying distractions.

Project Maestro: Do you think animation and motion graphics are hard? They are. But there’s something extraordinarily expressive about animation that’s done well. Project Maestro uses simple and natural touch to build sophisticated movement right on your tablet.

Read next: 3D Touch-like features could come to Android devices next year