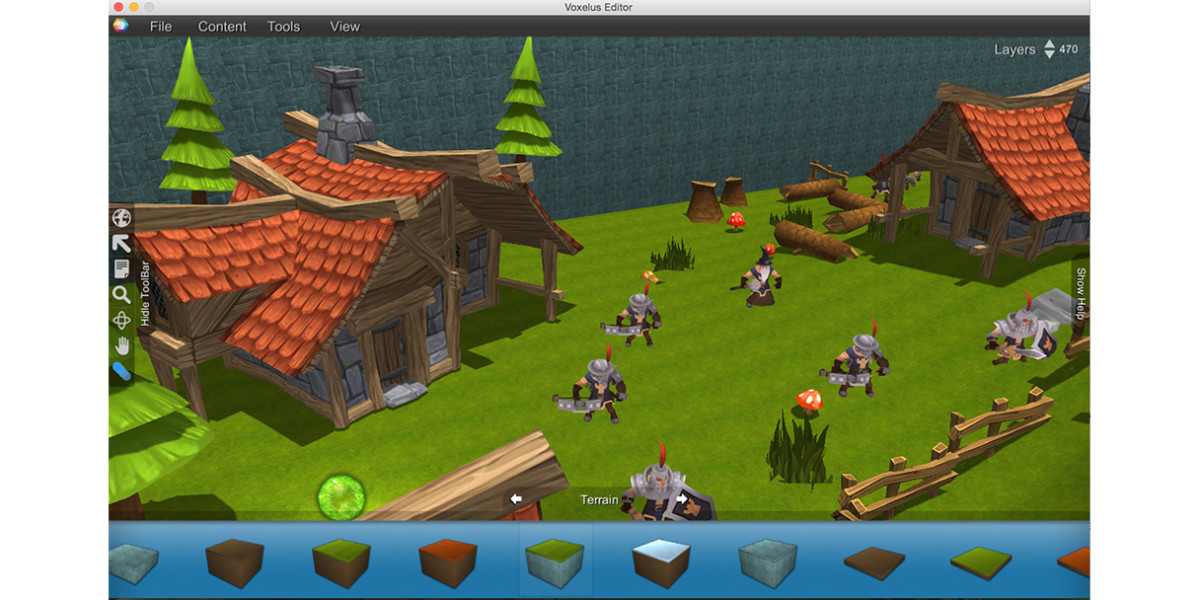 Voxelus, a new VR startup, has launched a content creation platform that lets anyone design their own 3D worlds and populate them with customizable shapes and animated characters.

Designed as an easy, user-generated platform to create virtual reality games, experiences and virtual spaces, it caters to all ages and any kind of content. In addition to your own elements, you can draw from Voxelus’ library of 250 pre-built objects and animated 3D characters.

You can access Voxelus from most modern PC and Mac systems to create content to play on both Oculus Rift and Samsung Gear VR devices.

He looks forward to 3D being played on devices like Samsung’s VR, Oculus Rift and specially equipped PCs and consoles, which he believes will have a great impact on all game genres.

Voxelus Creator, a 3D design app for the Mac and PC, allows content producers — anyone from Hollywood professionals and video game studios to hobbyists, gamers and students — to create their own virtual worlds and games. This real-time online platform provides users with all the necessary tools, as well as a growing library of pre-existing content.

The tool is totally drag and drop, requires no coding skills and is compatible with existing 3D formats such as OBJ and FBX. This enables anyone with an interest in virtual reality to start creating images, games and worlds right away. The Creator comes with a bundle of free assets to assist in design, with new ones being continually added, Repetto said.

Voxelus Viewer, which works on desktop computers and laptops, lets you view 3D worlds on popular VR hardware, such as the Oculus Rift and Samsung VR. The viewer lets users of either of the leading virtual reality platforms to have a standardized browser accessing 3D content.

Voxelus Marketplace is where eventually the two spaces will converge, with creators able to display, give away or sell their games, worlds and other VR applications for the Voxelus ecosystem. The marketplace will launch in the first quarter of 2016. Currency will be in-game VoxCoins, slated for debut later this year.

The tools to create new games and worlds will be free, but the only place to buy and sell the content (as well as premium assets for designing new games and experiences) will be the Marketplace, which will offer both free and promotional content.

The paid component will launch immediately after the launch of VoxCoin, which Repetto says will be the first in-game currency built and secured as a cryptocurrency.

“This solves, for the first time, the chicken and egg problem faced by the nascent multi-billion-dollar VR industry,” said Halsey Minor, CNET founder and Voxelus co-founder and chairman. “Most of the content for these wonderful new hardware devices has been produced at great expense to test the platforms, but one can run through all the content in the world in a couple of days.”

Read next: Dying for a selfie? Technology can't be blamed (for your own stupidity)