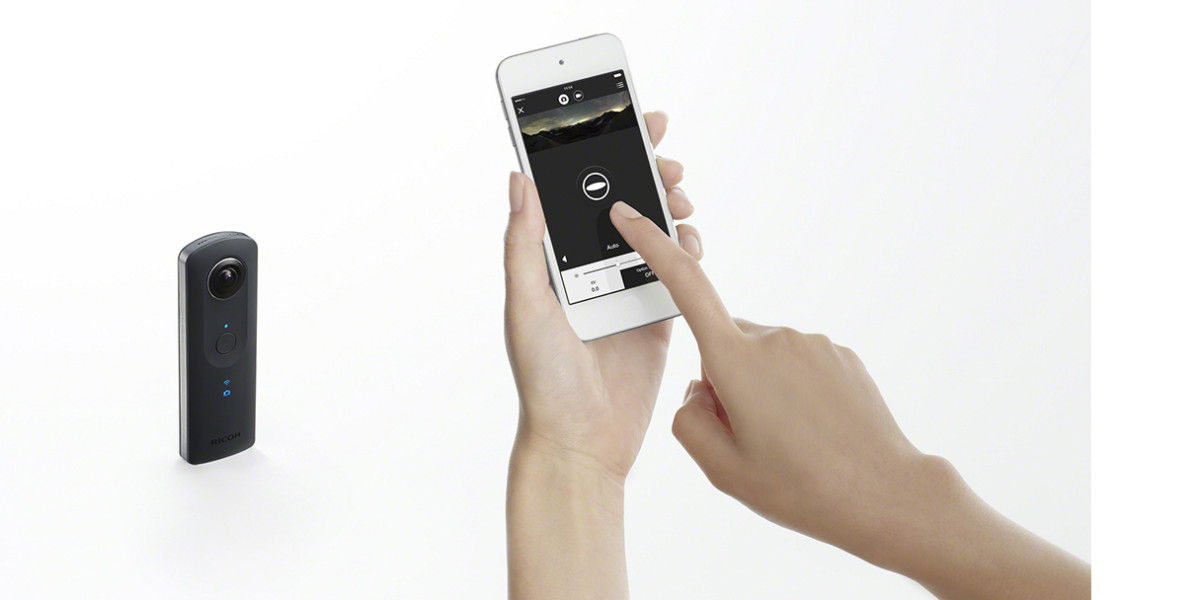 It was just two years ago that Ricoh launched the Theta spherical camera, targeted to photo enthusiasts and creative folks.

Today, the company has announced the Ricoh Theta S, a brand new model. The new camera is capable of shooting super-high resolution spherical photos and videos in one shot. It features a live preview function and greater compatibility with popular social media platforms.

“In order to be spherical, you have to capture 360 degrees in every direction,” Jim Malcom, president of Ricoh Imaging Americas told TNW. “There are other products in the industry that claim to be 360 degrees, and they are in one direction, but they’re not 360 in all directions. That’s the difference between a 360-degree camera and a spherical camera. Spherical captures absolutely everything.”

The Theta S retains the light weight character of the current model — the Theta m15 — at 4.4 ounces, however the new model has a larger image sensor and faster F2.0 lenses to allow more light through its tiny twin-lens folded-optical system. It uses two ultra wide lenses, with an angle of view of more than 180 degrees, so they see behind each other and overlap slightly.

The lenses are specifically designed to have mostly equal image quality from center to edge, a  construction that assures proper stitching of the resulting spherical image.

The camera employs two 1/2.3-inch, 12MP sensors for 24MP of data. Via the software, the photographer ends up with a 14 MP image (the extra data is needed for compositing purposes). The camera can also record spherical video in full HD (1920 x 1080 pixels at 30fps) with stereo microphones for audio. It has a maximum recording time of 25 minutes and some live streaming capabilities.

The Ricoh Theta S also has an updated design and user interface. Handling has been improved with the camera’s matte black rubber coating and face-mounted LED mode indicator. Internal memory has been increased from 4GB to 8GB. It also has a larger battery and a heat distribution system. Still, to the eye, it is very close to the original in terms of dimension.

What can you do with all those gorgeous images? Why, upload them to theta360.com, share them via Facebook, Twitter and Tumblr or post them to Google Maps, Google+, the brand new Google Street View or YouTube’s 360-degree channel.

A new Ricoh Theta S app for iOS and Android smartphones and tablets can be used to configure settings and instantly view spherical photos and videos via wirelessly connected devices. An improved Wi-Fi module transfers data four times faster than the first model. The  company hopes that its open API will encourage people to make apps for the new camera.

The Ricoh Theta S costs $349.95 and will be available in North America, Europe and the Asia-Pacific region beginning late October.