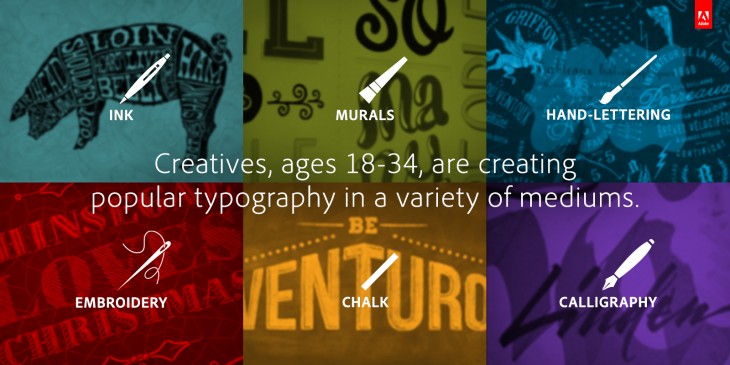 Guess what? Young creative people love old-time artistic tools. That’s what Adobe found when it researched the projects of creative folks ages 18 to 35 who post their work on Behance, its Creative Cloud portfolio site.

That conclusion, among others, was contained in data gathered for Adobe’s New Creatives Mashup research, part of a new series focusing on artists at the beginning of their careers.

“These new creatives are surging ahead in drawing and typography, creating more portraits and sketches, and – somewhat amazingly – using ink and pencil more frequently than older age groups,” wrote Will Allen, Adobe’s senior director of digital media in a blog post.

“Given this sudden surge of analog-inspired work, along with the new creatives’ rapidly expanding interest in fields like freehand drawing, we can expect to see a wider adoption of this mindset and a continued shift to tactile-based creation, even in this new connected era,” Allen said.

Adobe noted a 36 percent rise in mobile logins over the last year, and that this group is more than twice as likely to work on mobile platforms than the total population.

Read next: Why offices need gossip