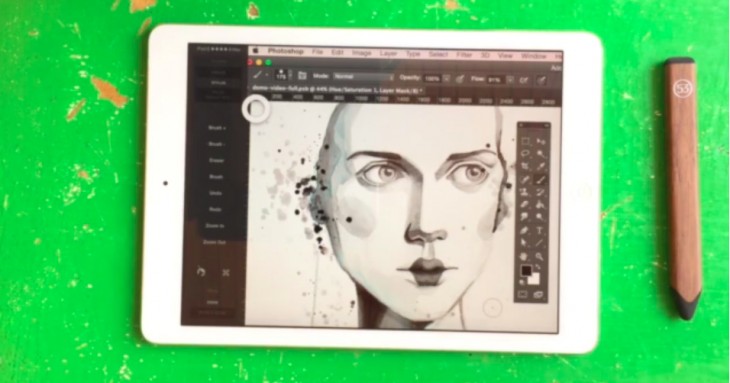 Artists and designers who like to seamlessly switch back and forth between their desktop and tablet can appreciate an app like Astropad, which syncs your Mac’s screen with your iPad so you can work in the app of your choice directly on the touchscreen.

Astropad for iPad, launched in February, literally mirrors your Mac desktop via Wi-Fi or USB, letting you sync your iPad’s drawing or painting app directly with your Mac. Astropad works with several popular brands of pressure-sensitive pens for a pro-level drawing experience for illustration, sketching, painting and photo editing.

While the app is compatible with a number of tablet pens, Astropad and FiftyThree today announced that Astropad is now an SDK partner for Pencil, the popular stylus designed specifically for digital artists.

According to Astropad co-founder Matt Ronge, Pencil support been the “number one requested feature by far.” In response, the app developer built in support for Pencil’s special features like surface pressure and the eraser.

“We detect the amount of the Pencil tip touching the screen and translate that into pressure,” Ronge said.

Without the SDK, Pencil only worked as a passive stylus without extra features like palm rejection, the eraser and surface pressure. Since then, the company has been working with FiftyThree on adding this deep integration.

Indeed, the Pencil eraser, in combination with Astropad, works analogously to the eraser on a Wacom tablet — or a real-world eraser for that matter — just flip to its back end to automatically switch to eraser mode. “The ease with which you can switch between drawing and erasing is my favorite feature of Astropad and Pencil,” Ronge said.

Since its launch, Astropad has rolled out enhancements in support of additional popular software and tablet pens. It has added pressure support for Manga Studio, SketchBook and Corel Painter software and most recently the Adobe Ink pen. Ronge says Astropad will maintain an ongoing collaboration with companies like Autodesk and Adobe to continually improve integration.