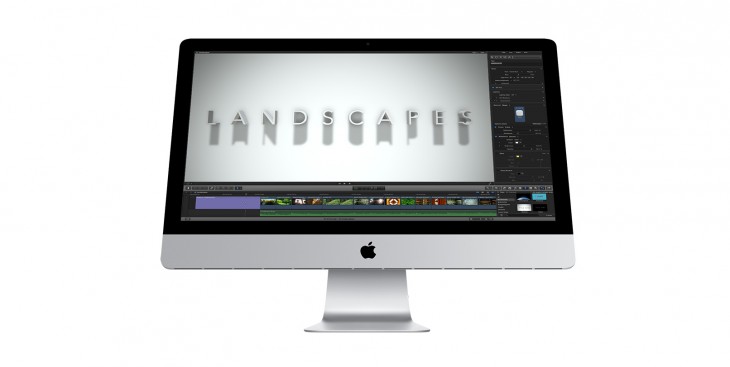 This marks the 15th free update to FCP since Apple’s radical re-do of the app in mid-2011. It comes, as do many high-profile video app updates — at the annual convention of the National Association of Broadcasters in Las Vegas.

Final Cut Pro, now at version 10.2, tackles a number of video features such as 3D titles, a range of advanced effects involving color and masking, additional support for key camera formats, an assortment of new features designed to enhance workflow and, of course, many bugs squashed in the process.

New speed accelerations based on use of the graphics processor topped the update list for both FCP and Compressor, which is now at version 4.2. The Compressor companion app update also makes it easier to create an iTunes Store Package for store submission.

Apple sees FCP as scaling wide — appealing not only to the community of Hollywood professional filmmakers for which it was originally built, but also reaching out to indie filmmakers and hobbyist auteurs. If you start with Apple’s iMovie consumer app, it’s possible to move up to FCP as a logical progression, as both share the same engine and can import the same clips.

Movies like Watchtower of Turkey, edited entirely in FCP, was voted one of Vimeo’s 10 best videos of 2014.

This update offers some notable improvements. With version 10.2, FCP debuts 3D titles in which video pros can now work with animated, customizable 3D text and convert 2D text to 3D text on the spot.

3D text in FCP is similar to 3D objects, simulating natural lighting and shading effects, and displaying textures. After creation, you can tweak titles in Motion to add multiple lights, cameras and tracking.

The app now provides simple templates as well as cinematic templates with built-in backgrounds and animations, plus a large collection of one-click text styles.

A large number of effects creation tools are now more advanced. Updates to the color grading interface now include the display of four video scopes simultaneously to better view the color and brightness of footage.

Masks can be applied to both clips and effects. The Shape Mask and Color Mask (essentially an eyedropper sampling tool) used to be available only on Apple’s own color board, but have now opened up to all third-party effects and plug-ins. Draw Mask effects let you create areas of transparency and color grade inside or outside of the mask, which you can now apply with linear, Bezier or B-spline controls to any clip.

You can display the alpha channel for any effect mask and customize video and audio effects to save as presets.

With RED RAW, some filmmakers are shooting in 4K, 5K and 6K — a serious challenge in post production. With this update, Apple cites improvements by enabling graphics card processing of these files for 3.2 times faster rendering.

Apple says the optimization of RED RAW — the transcoding of RED to Pro Res — is now 2.5 times faster than the previous version of FCP, thanks to a new plug-in from RED that specifically allows use of the graphics card to accelerate the process. Moreover, as you import the RED file, you can immediately start working with it in the timeline, as it optimizes to Pro Res in the background.

Apart from such major features, there are a ton of one-off improvements, including the ability to use Smart Collections at the library level, a function that automatically places items into dynamic smart folders for easy searching.

The main improvement in the new version of Compressor is to make it easier to create an iTunes store package, streamlining the process for filmmakers to distribute their movies on the iTunes Store.

The new Make New iTunes Package function in Compressor eliminates the need for filmmakers to go through the time and expense of a third-party encoding house to package content for the iTunes Store, letting them assemble and deliver fully compliant movie and related files into a package right on the Mac.

While it’s still not a direct movie-to-store process –Apple certified delivery partners are still needed for closed captions, audio translations, poster art and billing support, and content still must be reviewed by Apple — it is a lot faster than before.

Performance enhancements are a result of using the GPU for exporting files from FCP to Compressor. Apple says that on a Mac Pro, the Send to Compressor command and encoding as Pro Res is now 3.3 times faster.

In addition, H.264 multi-pass encoding — a popular format for viewing video on the Web — is 2.7 times faster in the new version using hardware acceleration built into Intel Core i5 or i7 systems such as the MacBook Pro and the iMac.

In addition to teaming up with FCP in the creation of 3D titles, Motion — the motion graphics and animation companion app — also lets you enhance such titles in numerous ways, taking the creation to the next level.

You can create advanced 3D looks with multiple materials and edges for each character. Plus, you can cast shadows from a piece of 3D text on to itself and to other objects in a scene, and add multiple lights, cameras and tracking to titles.

There are some 90 built-in materials including metals, woods and plastics and you can add attributes like paints, finishes, distress and more. The app also lets you combine layers of materials to create unique looks and save your new configurations as presets. Motion’s new version also features 12 new graphics generators including Manga Lines, Sunburst, and Spiral Graphics that add animated or static graphics to your project.

Other improvements include keyframing, copy and paste functionality in the timeline, mask and shape creation for rectangles and circles, and conversion to Bezier shapes.

All three of Apple’s pro video tools have been updated and are available free to all users today.

New users can purchase them on the Mac App Store separately as needed, and prices have not changed since the initial rollout of FCP X — $300 for the main app and $50 apiece for the companion apps.

All images courtesy of Apple.

Read next: Why the next Uber could be launched by a 10-year-old