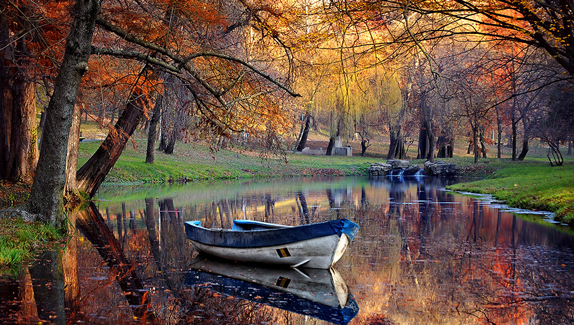 Even with the advent of digital technology, the most important steps in becoming a great photographer remain the same: understanding ISO, shutter speed and aperture. But understanding the three isn’t always an easy task — so we’ve developed a cheat sheet on each function and how it interacts with the others. To start, your camera will need to be on manual mode, so that all these settings can be altered.

ISO actually stands for International Standards Organization. It relates to film speed from the days of film cameras, and determines how sensitive the camera is to incoming light. With ISO, the lower the number, the more light you need to achieve a good exposure. For example, ISO 100 is best suited to being used with studio lights or bright sunshine. Also, the lower the number, the less grain or noise the image will have.

When digital cameras first came on the scene, high ISOs were a complete no-no because the deterioration from digital noise was so high. Edges of buildings could become blurry and pixels were reproduced in the wrong colors. Modern DSLRs — particularly those designed for professionals — are able to cope with higher ISOs, which can be particularly useful if you’re shooting in dark and dingy situations. However, most people still agree that a lower ISO looks far nicer in a photo.

Shutter speed refers to how long the shutter in your camera is open, and therefore, how long it is letting light into the camera. A typical DSLR shutter-speed range will start with a fast setting of around 1/4000 of a second to 1/8000, down to a very slow setting of 30 seconds or a B (Bulb) setting, where you can choose how long to leave the shutter open. One thing to remember with shutter speed is that 1/60 of a second is generally the slowest you can shoot a hand-held camera. Any slower than this and you’ll need a tripod to control camera shake. So, what do we use different shutter speeds for? Here’s a handy guide to the general brackets:

2 – 1/2 second: To create an ethereal look on flowing water, or with landscape photos, to add an enhanced depth of field

Waterfall from ravine by Erwin Niemand

Remember: the faster your shutter speed, the less light let into your camera.

Of all the settings on a camera, aperture is the most confusing. Unlike shutter speed and ISO, it has two distinct functions. The first, depth of field, really is the single most important thing to master in photography; choosing the right depth of field takes photos from snapshots to professional images.

Put simply, depth of field is a range of distances around your subject (known as the focal plane) that are in acceptable sharpness. There’s no abrupt change from sharp to unsharp — depth of field occurs as a gradual transition. So, how do we tell whether our shot is going to have a small depth of field (very little behind the subject is sharp), or a large depth of field (all of the photograph is sharp)? Aperture.

The camera’s f-stops also control the amount of light that passes through the iris of your lens. This is where things can get a little confusing. A large aperture is actually represented by a small f number. So f2, for example, would be a large aperture because it lets a lot of light into the lens. Conversely, f22 is a small aperture, as the iris opening in the lens will be small and only letting a small amount of light in. In the photography world, the common slang is “stopping down” (making the aperture smaller) or “opening up” (making the aperture larger).

The reason we refer to ISO, shutter speed and aperture as the exposure triangle is that every time you change one setting, it affects the other two in a constant triangle. How do you know where to start with the settings? Much of it will depend on the available light, but a good starting point is to consider what depth of field is needed for the shot.

For example, if you’re taking a portrait, you need an aperture of around f4-f5.6 to achieve a nice head-and-shoulders shot with a blurred background. In addition, you’ll want a low ISO of around 100-200. This means that your aperture will be open and letting in a lot of light, meaning that you should be able to use a faster shutter speed of around 1/250 to balance out the light. Of course, these settings may need to be adjusted depending on how much light is available.

If you’re shooting a landscape, you will need a large depth of field to make sure everything is sharp. So, a setting of f22 will achieve this, but won’t allow much light into the camera, meaning you’ll need a slower shutter speed. This is why many landscape photographers use a tripod to allow for the large depth of field.

Obviously, there will be situations where you’ll need to set your shutter speed first (shooting action or night shots) or your ISO (shooting in very low light in situations where you’re unable to use flash). But, by understanding the sides of the triangle separately, you’ll be able to put the three together more successfully.

Read next: How to leverage Google+ and Pinterest search for long-term impact